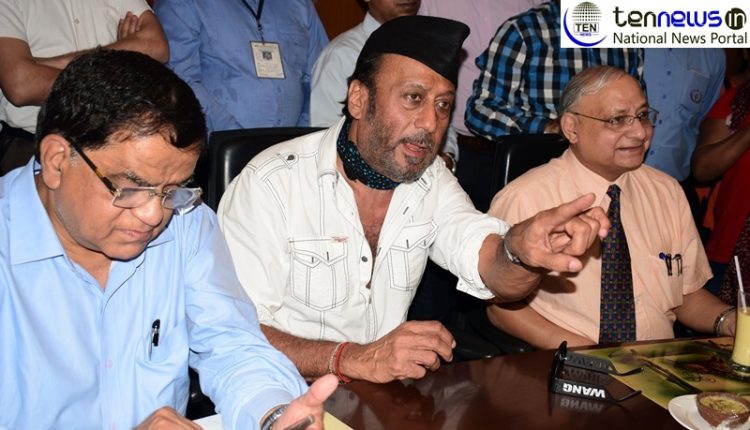 Later, he also visited Blood Bank of the hospital, which has been giving free of cost blood, NAT Screened and pre-filtered blood to over 100 thalassemia patients.

Speaking to media during his visit, Jackie Shroff said, “As a brand ambassador it is my responsibility to create awareness but according to me everyone is a brand ambassador and everyone should create awareness about the diseases.”
“I have joined this noble cause because my daughter once suffered from it but due to the timely treatment it was treated.”
Later, Chairman, Department of Pediatrics & Head of Thalassemia Unit at Sir Ganga Ram Hospital Dr V.K. Khanna, said, “Thalassemia Major is an autosomal recessive blood disorder which gets transferred from parents to the children through the genes. It causes weakness and destruction of the red blood cells, affecting the formation of hemoglobin in the body and causes anemia causing complications like bone deformities, iron overload, cardiovascular illnesses, enlarged liver, jaundice, enlarged spleen, enlarged bones of cheeks or forehead, delayed puberty and many other complications.”

Dr Khanna further added, “Thalassemia has many types but broadly it can be classified into Major and Minor. Those who are affected with Thalassemia Major need regular blood transfusions, continuous monitoring and medications to survive. Approximate 3.4 % of the people are carriers of thalassemia and around 10,000 children are born with thalassemia major every year in India. While the lifespan is increasing with better management and care but it is a tremendous challenge for both children and the parents to manage the disorder.”