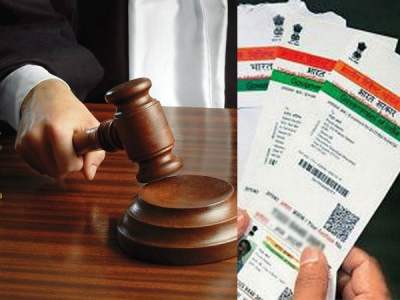 New Delhi: The Supreme Court, announced the important verdict on Aadhaar on Wednesday and strucks down Section 57 of the Act that allowed any “body corporate or person” or private entity to demand Aadhaar. On the petitions challenging the Center’s important Aadhaar program and the constitutional validity of the 2016 law, the Supreme Court, while deciding the majority decision, believes that the Aadhaar is the identity of the common man. Judge of five judges under the leadership of CJI Deepak Mishra had reserved his decision on the matter on May 10 after a long trial lasting 38 days. In the case, a total of 31 petitions were filed with the petition of former High Court judge KS Puttaswamy.

6. NO Indian can be denied his or her right for lack of Aadhaar

8. NO child can be denied access to a govt scheme for lack of Aadhaar

“It is unclear at this point how the Modi government will deal with Aadhaar linkages that have been carried out already and the data that had already been captured by the Telcos and private players.”

In the past 14 years, BJP has completely destroyed the MCDs of Delhi through rampant…