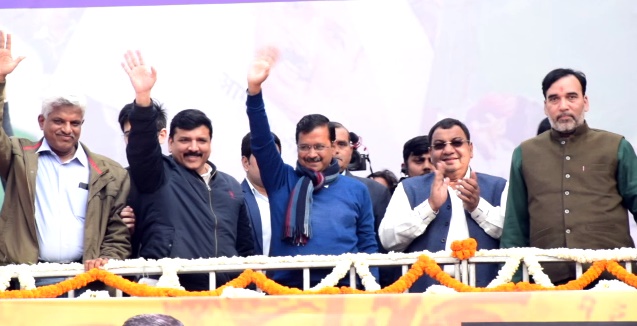 Talking about the Congress on the other hand, like the last time, this time also it was unable to open its account.

The counting of votes started at 8 am. There are a total of 70 assembly seats in Delhi, in which a total of 672 candidates were in the fray. At the same time, after getting clear indication of AAP’s decisive victory in the early trends of counting, AAP’s Rajya Sabha member Sanjay Singh said that the strong mandate of Delhi has given a clear message that Chief Minister Arvind Kejriwal is not a terrorist but a firm patriot.

Ten News interacted with several female AAP workers at outskirts of Party office where the faces of these women were totally overwhelmed with joy and happiness after the confirmation of Kejriwal’s major victory.