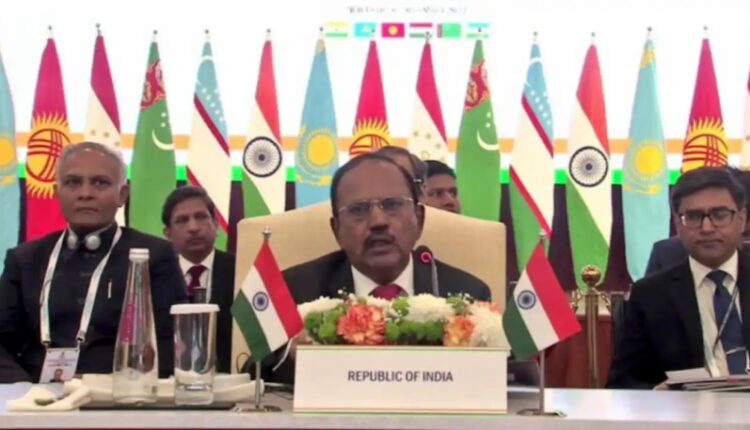 “Afghanistan is an important issue concerning us all. The existence of terrorist networks in the region is also a matter of deep concern. Financing is the lifeblood of terrorism and countering terror financing should be an equally important priority for all of us,” Doval said in his inaugural address at the first India-Central Asia meeting of NSAs/secretaries of security councils involving Kazakhstan, Kyrgyzstan, Tajikistan, Uzbekistan and Turkmenistan were present.

The one-day NSA-level meet precedes the first summit in January 2022 between Prime Minister Narendra Modi and presidents of the five Central Asian countries.

“Central Asia is our extended neighbourhood and we assign highest priority to this region. We meet at a time when there is uncertainty about the future. A peaceful, secure and prosperous Central Asia is in everyone’s common interest,” Doval said.

There was consensus among the six countries that the expansion of terrorist propaganda, recruitment and fundraising efforts had grave security implications for the region and, a coordinated response was crucial.

The issue of enhancing connectivity with Central Asia also took prominence during the meeting, with the participating countries coming to an agreement that it could aid in increasing trade and commerce and also boost closer interactions. “They agreed that connectivity initiatives should be based on the principles of transparency, broad participation, local priorities, financial sustainability and respect for sovereignty and territorial integrity of all countries,” the statement said.

The role that Iran’s Chabahar port can play in enhancing trade and connectivity, and integrating it with the International North South Transport Corridor (INSTC), a 7,200 km multi-mode route spanning 13 countries, also came up in the discussion.

The next NSA-level meeting will be held in Kazakhstan in 2023.