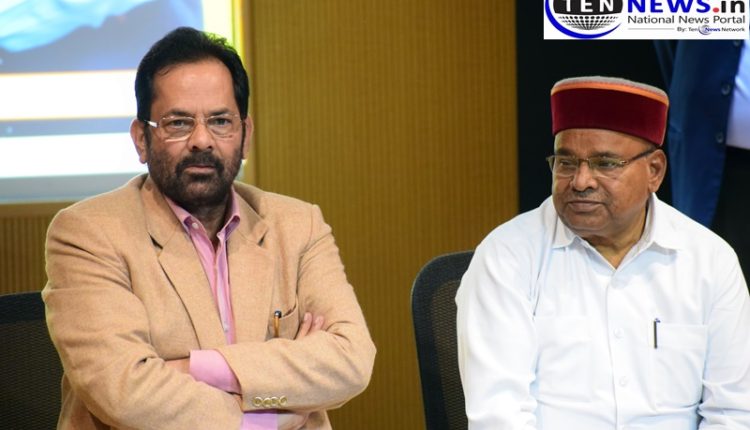 New Delhi : Social Justice Minister Thawar Chand Gehlot along with Union Minister and senior BJP leader Mukhtar Abbas Naqvi today said that some political parties and people, who have been failed to “convince” the people of the country, are now involved in a “criminal conspiracy to confuse” the citizens, while addressing representatives of Minority community at “Bharat Ke Mann Ki Baat, Modi Ke Sath- programme at Ambedkar International Centre .

While interacting with media after the session, Mukhtar Abbas Naqvi stated,

“These “corrupt, criminal conspirators”, due to their habit of opposing Modi, are getting entangled in the trap of anti-national forces and these political parties and such people should understand clearly that the people of the country will not get confused on any issue.”

Thawar Chand Gehlot adding to Naqvi’s statement said, “The Modi Government’s agenda of inclusive growth is not about vote bank politics, but a Draft of Development. No political criminal conspiracy can affect the credibility of the Moth Government.”

Mukhtar Abbas Naqvi also said that the people of the country will give a befitting reply to these political parties and will again form the BJP Government under the leadership of Modi with a complete majority.