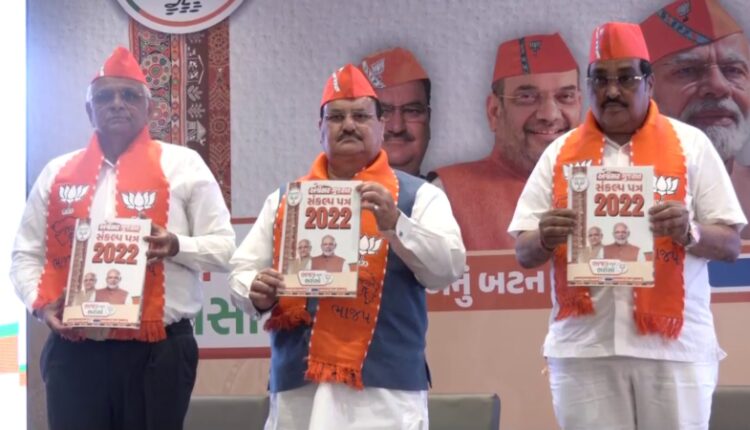 JP Nadda expressed that the party will make sure to enable complete implementation of the Gujarat Uniform Civil Code Committee’s recommendation.

The BJP president, while launching the party’s manifesto, stated that it will make a law with regard to damages to public property. The law will be pertaining to recovery from anti-social elements who damage public property and attack private property.

He added that an anti-radicalisation cell to identify and eliminate potential threats as well as sleeper cells of the terrorist organisations and anti-India forces will also be launched.

The BJP-ruled state is all set to vote in two phases – on December 1st and 5th. The results for the elections will be announced on December 8.