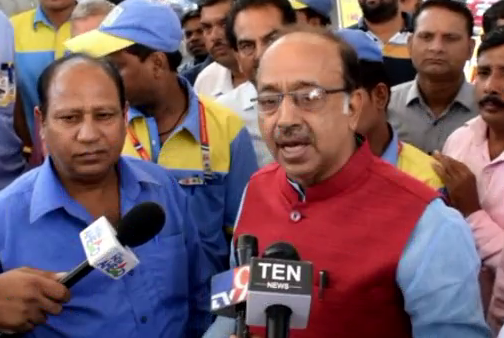 “Consumers, whether private or government vehicle users, whether a family person or any taxi driver, are unable to travel for their workplace because of the ongoing protests against the VAT on petroleum products.A common man cannot afford such an amount for petroleum products. Delhi’s government has to realize its fault and has to admit that all of the work they did for the people of Delhi was totally effortless. Kejriwal is a man who never does what he says he will. He should realize that people from Delhi are getting their petrol or any other petroleum products from the neighboring States of Haryana or UP.
66,000 liters of petrol was the total sale in Delhi before which is now approximately half due to no action in accordance with VAT on petroleum products. Neighboring states have decreased around Rs 2.5 in petrol or any other product, per litre. Delhi Sarkar that is Kejriwal Sarkar now, have to notice the results of works they did for the betterment of Delhi which can be seen as a loss for every citizen.”