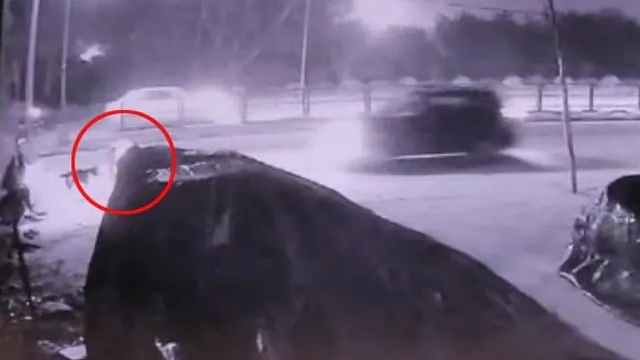 Chandigarh: Woman run over by car while feeding stray dog

Chandigarh (India), 16th Jan 2023: A tragic incident occurred in Chandigarh when a 25-year-old woman, Tejaswita, was run over by a car while she was feeding a stray dog late at night.

The incident was captured on a CCTV camera, showing the woman being hit by the car at high speed while she was feeding the animal.

Tejaswita was critically injured and rushed to the GMSH-16 hospital for treatment. According to doctors, she received stitches on both sides of her head and is currently in her senses and able to speak.

The family of the victim is understandably devastated by the incident, and it serves as a reminder of the importance of paying attention while driving and being aware of one’s surroundings. The police are investigating the incident and trying to identify the driver of the car.