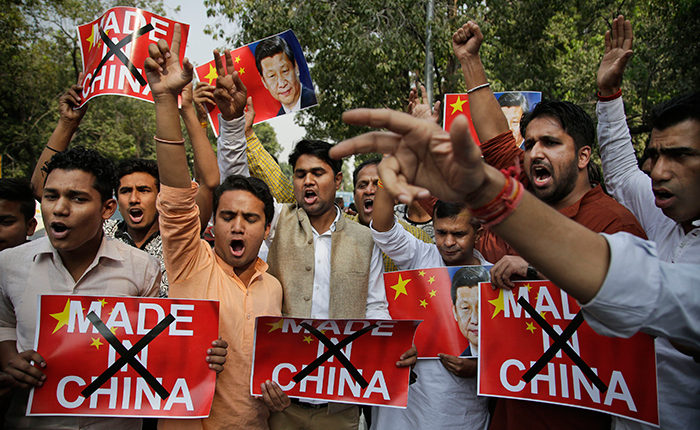 As an example, Prof. Sharma said, Folic acid which is used to formulate Vitamin D was being dumped in India by China for Rs. 4,500 / kilo, so the Vitamin D manufacturers started procuring it from the China. Between January 2016 to December, the country raised the price of the Folic acid to around Rs. 50,000 / Kilo (about 11 times).

In view of the recent standoff at Ladakh, Prof. Sharma called China a ‘threat’ to India’s National security and talked about its interference in the internal affairs of other countries. On the state of Education, Prof. Sharma said that there is lot of scope for improvement in current education system.

As an example, he said that India’s position in “Program for International Student Assessment” (intelligence test for school kids) was at 2nd from the bottom when it first started in 2009. Since then India has skipped this assessment 2-3 times.

Stating few other examples of the dire state of education, he said, India registers only 45,000 patents per year in comparison to China which registers around 12.50 lakh patents per year. The citation frequency of Indian research papers is also very low.

Prof. Sharma said that a Country’s development is directly related to the levels of education in that country.

He said that the parliament of Portugal unanimously passed a Resolution to support the creation of the International Yoga Day and called yoga as a system for personal development and an ancient millenary practical methodology.