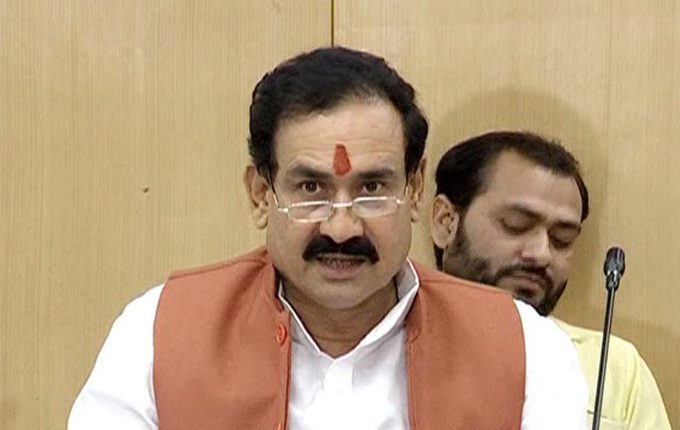 A day after Congress leader Ghulam Nabi Azad said that polls are not won by “five-star culture” and party office-bearers should be elected, Madhya Pradesh home minister Narottam Mishra on Monday said that Congress cannot be renewed.

“We have said for long, Congress is dying. Finally, Azad Ji, Kapil Sibal Ji and Chidambaram Ji said it. But we don’t think Congress can be renewed,”said Mishra while addressing the reporters.
“Even Gandhiji had called for the party’s dissolution,” Mishra added. Mahatma Gandhi wanted to dissolve the Indian national Congress after independence as the party had become irrelevant.

After the poor performance of the Congress in Bihar where the party won only 19 seats, the party MP and leader of the Opposition in Rajya Sabha Ghulam Nabi Azad on Sunday said that polls are not won by five-star culture and party office-bearers should be elected.
But Azad gave a clean chit to the party leadership saying that the leadership could not conduct a party election due to COVID-19 but suggested it could be held within the next six months when the pandemic eases.

Meanwhile, Mishra on Gau Cabinet and possible levying of cow cess in MP, “Indian culture has reverence towards cow through ‘Gau Grass’. It’s wrong to simply call it cow tax. A major portion of the Indian population believes in safeguarding cows’ welfare. It’s a step to uphold that sentiment.”

Madhya Pradesh Chief Minister Shivraj Singh Chouhan yesterday said that he is considering collecting a small amount as tax from the public for the welfare of cows in the state.