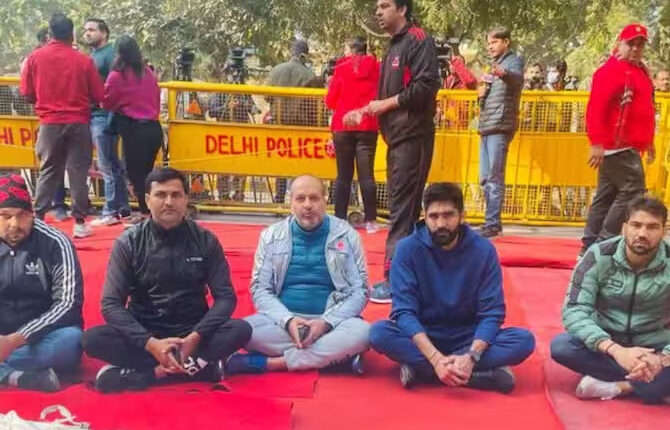 The wrestlers are alleging of sexual harassment and mismanagement by the WFI and its coaches.

Singh expressed his disappointment with the Prime Minister’s silence on the matter and demanded action be taken against Brij Bhushan under the appropriate section of the Indian Penal Code (IPC).

Singh, who is a Congress leader from Haryana’s Bhiwani, stated, “It is condemnable that the prime minister has been silent over the issue.” There should be action at the earliest in the matter.

In response, Brij Bhushan, who is also a BJP Lok Sabha MP from Kaiserganj in Uttar Pradesh, announced that he would be holding a press conference at the Wrestling Training Centre in Nawabganj in Gonda district of the state to “expose the political conspiracy.”