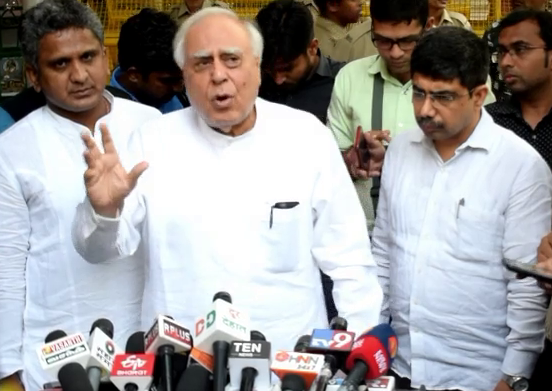 New Delhi : (22/04/2019) Today, Congress leader Kapil Sibal said that a fake letter was written by Home Minister of Karnataka MB Patil which stated that Christians and Muslims should be united and Lingayat should be made a minority community which aimed to divide almost all Hindu votes from South India. This letter was totally fabricated and fake as Kapil Sibal stated.

“We approached Election Commission back on 10th July 2017 for the same issue and nothing was done in order to stop this fake spreading and now on 16th April 2019, the same letter was publicised by Vijaybaani Newspaper and on Digvijay News Channel. The owner of this newspaper and channel is Vijay Shankeshwaram and his son is Anand Shankeshwaram who usually share his pictures with PM Modi and Vijay was working as an MP before”, Kapil Sibal added.

This is all some kind of BJP’s publicity stunt, he added.

He also said that, “Recently Defence Minister Nirmala Sitharaman after a conference said ‘Ab Ki Baar Modi Sarkar’, which is not good for a secular country like India as the conference was not for BJP’s election campaign but was related to India’s defence services”