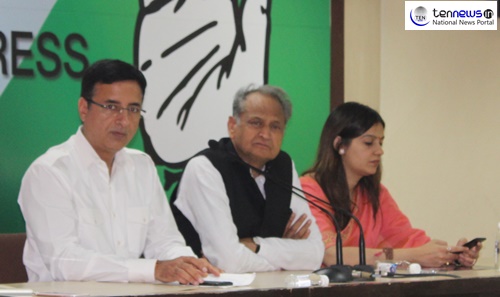 In this row, Congress has planned to observe ‘Vishwasghat Diwas’ (Betrayal Day)  across the national on May 26, 2018 to expose Narendra Modi-led NDA government’s failures.

“To expose NDA government and it’s failure, Congress, under the leadership of Rahul Gandhi is going to observe Vishwasghat Diwas’ (Betrayal Day) on May 26, 2018,” said Gehlot.

Justifying betrayal day observation , Gehlot further said, “The reason behind observing Vishwasghat diwas because Modi government has neither of his promises and also betrayed the faith of voters.”