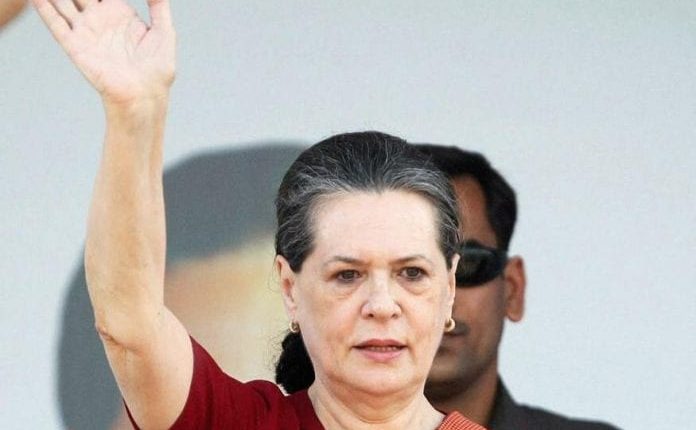 Congress President Smt Sonia Gandhi’s remarks on the occasion of signing of MOU to set up Indira Gandhi Chair for Environmental Sciences at the National Institute of Advanced Studies, Bangalore

I am delighted that this initiative has finally become a reality. This is a first for the Indira Gandhi Memorial Trust. We have organized seminars, awarded prizes and mounted exhibitions. But we haven’t had long-term partnerships with academic institutions of the type we are launching today.

The Indira Gandhi Chair in Environmental Sciences that is being instituted reflects two of Indira Gandhi’s abiding passions: ecology and science. I recall that she established the Ministry of Environment in November 1980 and she
remained its Cabinet Minister till her death four years later. All through her tenure in this position distinguished scientists served as Secretaries in the Ministry.

The IGMT considered various alternatives and came to two conclusions quickly. First, that Bengaluru has a vast institutional network in both ecology and science making it the natural habitat for such a Chair. And second, within the city NIAS with its links to the Indian Institute of Science was the natural pivot for locating the Chair. It is my hope that it will catalyse inter-institutional collaboration in the field of environmental science as well.

Throughout her life Indira Gandhi was fascinated by and drawn to Nature in all its aspects. Her upbringing, education and life experiences instilled in her a special affinity for India’s diverse natural heritage. Long before it became fashionable, she had become its untiring advocate not by words alone but by actions. The Silent Valley decision is perhaps the most telling example.

It was her personal commitment, for instance, that resulted in the laws we have today to protect wildlife, preserve forests and combat air and water pollution. A number of conservation programmes for endangered species, in which we
now take pride, were conceived of and launched because of her personal concern and involvement. And when the world had not yet discovered the value and virtue of environmental protection, she was the only Prime Minister to address the first ever UN Conference on the Human Environment at Stockholm in June 1972. Her speech there has become a classic and is still remembered and quoted. It was during her time that pollution control boards and institutions like NEERI in Nagpur and the Wildlife Institute of India in Dehra Dun were set up.

I could go on. But I am talking to those who know much about Indira Gandhi’s love of nature and belief in science. Today, more than ever before, we need that courage and resolve. Let me just once again say how gratified the IGMT is that it could put in place this collaboration with NIAS. Let me also make it clear that for the Trust, the only thing that matters for this Chair is professional excellence and intellectual accomplishment. It is now over to NIAS.