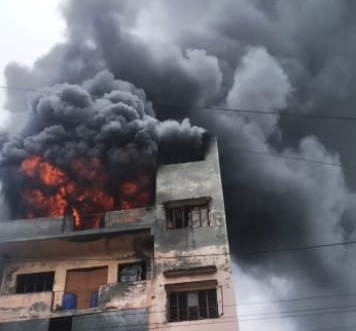 New Delhi, 19 May 2022: A fire broke out in an electronic manufacturing factory in Mustafabad, New Delhi on Thursday, leaving one person dead and injuring six others.

Around seven fire trucks were deployed to the site after a call was received at 12:17 pm and the fire was brought under control at 1 pm, according to officials.

The fire started in the first floor of the building which is spread over 200 sq yards. The victims have been taken to the GTB Hospital, according to reports.