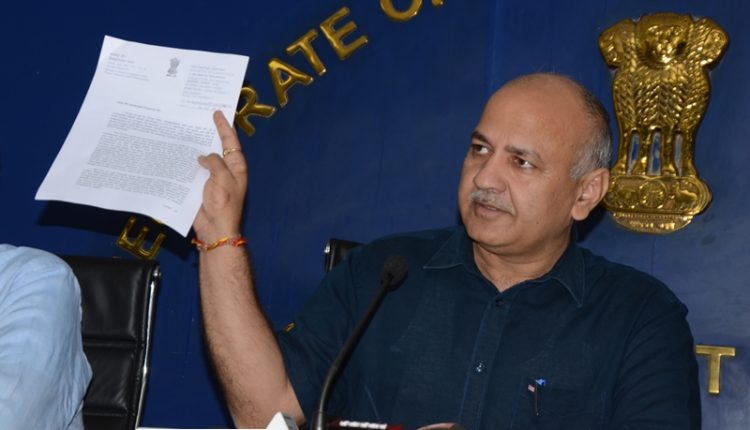 New Delhi: Delhi Deputy CM Manish Sisodia on Wednesday said that Delhi has rejected the committee formed by the Lt. Governor Anil Baijal formed to oversee the CCTV installation project because it is unconstitutional.

While addressing media at secretariat, Sisodia said, “Installing CCTV across Delhi is a transport subject and transport is a state government subject. Without consulting elected state government, LG has no power to form such committee and we have rejected it by saying null and void.

Moreover, “Delhi government has wrote letter to LG in this regard and informed that this is not under your jurisdiction and don’t try to create hurdle on the project.”

While rejecting the need of committee to overlook the project, Sisodia said, “The preparation of installing CCTV is in full swing. RWS, Market association, police and Municipal corporations are being consulted to identify the spots and only work approval is yet to be given, then LG unconstitutionally formed a committee to create hurdle.”

Replying to a question of that which private firm had a tie up with Delhi government for this project, he replied, “As we all know, Bharat Electronics Limited is a PSU company and there is no private firm indulged in it. In case, if BEL hires any third party for the project then it is not Delhi governments concern. We will deal directly with BEL, which being a PSU must be above suspicion.”

NEP sets the vision of developing an equitable and vibrant knowledge society:…