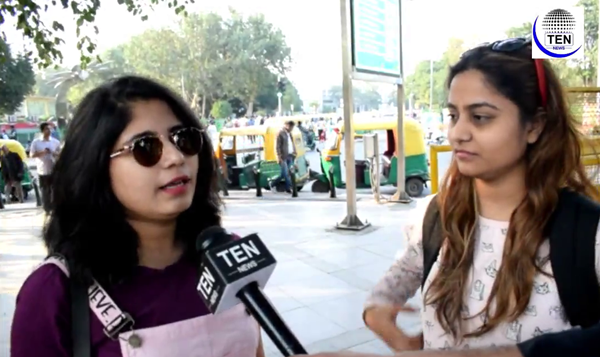 New Delhi: Movies have always been an important part of everyone’s life, however with time now interests of Indian audiences are declining towards stars but is going towards content and storyline.

Contrary to old times when movies used to earn just because of the face values of famous actors, movies are today earning by the storylines based on which they are prepared.

Recent trend has indicated a balance between the two as not just films featuring well-known stars, the last few years have also seen other content-driven movies such as Badhaii Ho, Ankhon Dekhi, Masaan, Aligarh and Shahid that found favour with the audiences as well as critics.

This year, Thugs of Hindustan was expecting to boom the box office because of the faces it holded. Aamir Khan, Amitabh Bachchan & Katrina Kaif were the main faces of this Bollywood Period-movie.
But due to the absence of a good storyline, Thugs of Hindustan failed to be called a success.

Ten News asked delhittes today about their opinions regarding the phase of Bollywood which is now focussing on content-driven movies rather then expecting success on the basis of face values of film stars.

It’s interesting to note that of late, big Bollywood stars have also turned towards films, which are high on content. So, if Akshay Kumar has starred in films such as Airlift, Baby, Rustom and Toilet: Ek Prem Katha among others, Salman Khan starred in films like Bajrangi Bhaijaan and Tubelight in previous years.

Shah Rukh Khan’s Zero is expecting to be a hit which is going to strike cinemas across the globe in December 2018.

Delhittes also had mixed opinion regarding ZERO. Some said, “It seems to be a new concept by SRK and we are hoping to enjoy the time & money we will spend watching it.
Whereas few also pointed towards it’s resemblance with Fan and said that it can be disappointing.