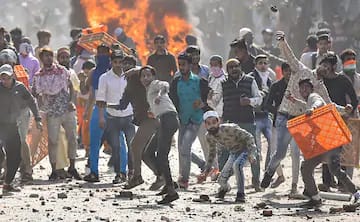 New Delhi (25/02/2020): Opponents and supporters of CAA came face-to-face in Delhi yesterday and were involved in fierce stone pelting and firing in Bhajanpura, Gokulpuri, Chandbagh, Maujpur and Zafarabad areas of Delhi.

Petrol bombs were also used in many places. In this violence, 5 people including a police constable passed away. 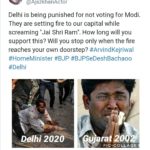 Bollywood actor Eijaz Khan has tweeted about this violence in Delhi, which is becoming fiercely viral on social media. In his tweet, Eijaz Khan wrote that Delhi is being punished for not voting for PM Narendra Modi.

This tweet from Eijaz Khan on Delhi is getting a lot of headlines on social media, along with this, people are giving a lot of reaction on it.

In his tweet, Eijaz Khan wrote, “Delhi (Delhi) is being punished for not voting for Modi. He is on fire in our capital shouting ‘Jai Shri Ram’. How long do you support this? Will you stop it only when this fire reaches your house?”