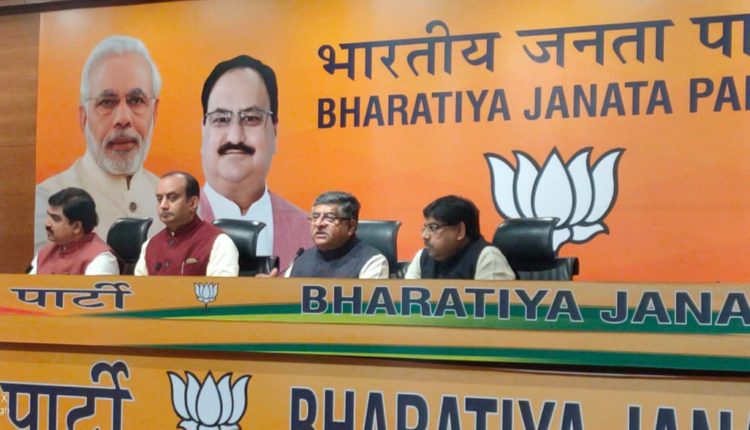 ew Delhi : Law minister Ravi Shankar Prasad hit out at Congress interim president Sonia Gandhi and other Congress leaders saying they should not try to preach “Rajdharma” to the government as the Congress leaders themselves have been inciting people with provocative statements.

Addressing a press conference on Friday, Ravi Shankar Prasad said, “Please don’t preach us rajdharma. Your record is full of violations, twists and turns for plain and simple vote bank politics. Look at yourself in the mirror of rajdharma.”

He also said, “A second question on rajdharma, your notification on NPR spoke about a register of the country’s citizens. If you do it, it’s alright, but if we do it, we are instigating people?”

Prasad went on with his attack on Sonia Gandhi and said, “‘Iss paar, uss paar faisla lena hai’, you said in Ramlila Maidan. What kind of language is this? Isn’t this incitement? This is against constitutional procedure that was followed for the passage of CAA.