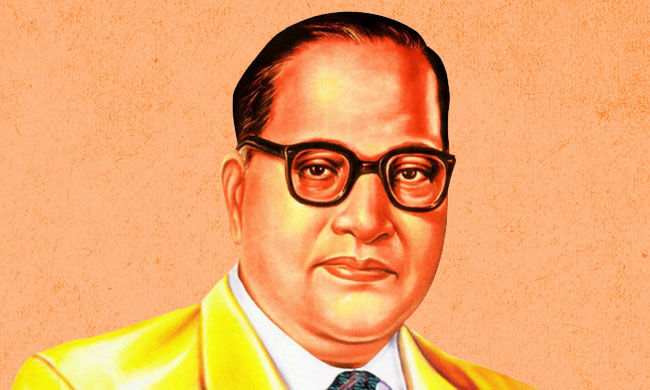 On November 2, 1949, the Constituent Assembly adopted the draft constitution prepared by the Drafting Committee under the chairmanship of Dr. Babasaheb Ambedkar. In the same vein, the Constitution came into force on 26 January 1950, came into force in the country and became the Republic of India.
In his memory, the celebration of Constitution Day started on November 26, 2015. Dr. It is special that it started in the same year when the 125th birth anniversary of Babasaheb Ambedkar was being celebrated. On behalf of the country, a tribute has been paid to Dr. Babasaheb Ambedkar.

Most of the meetings of the Constituent Assembly were attended by an average of 300 members and all members had equal rights in the drafting of the Constitution. Then Dr. Why is Ambedkar called the main creator of the incident?

Dr. Babasaheb Ambedkar was the Chairman of the Drafting Committee of the Constitution, whose responsibility was to submit a written draft of the Constitution. This committee had a total of 7 members. In November 1948, T.T. Dr. Krishnamachari in the implementation of the incident. He says he underlined Ambedkar’s role. One of the seven members nominated for the draft committee had resigned from the House. One member has died in the meantime and has not been replaced. One member was in the United States and his seat was not filled. Another person was involved in government work and was not fulfilling his responsibilities. One or two people were far away from Delhi and could not attend the proceedings of the committee due to health reasons. So overall it has happened that the whole burden of writing this incident has been borne by Dr. Babasaheb fell on Ambedkar. I have no doubt that we should all thank him for carrying out this responsibility so well. ‘

Dr. Ambedkar’s most effective and decisive role was to write the Constitution, to answer questions arising in the Constituent Assembly on various articles and provisions, to balance the contradictions and sometimes the reverse provisions, and to present the Constitution as a guiding document for Indian society.

Freedom, equality, fraternity, justice, rule of law, equality before the law, democratic process and a dignified life for all people irrespective of religion, caste, gender and any other discrimination is the philosophy and ideal of the Indian Constitution. All these words Dr. Ambedkar’s words and thoughts are the seed words of the world. He struggled all his life to apply the word to Indian society. Its imprint can also be seen in the Indian constitution.

The new constitution of India is mainly based on the Government of India Act of 1935 and the Nehru Report of 1928, but Ambedkar’s influence was very deep in its final stages. Dr. Ambedkar was also well aware of the power and limitations of the Indian Constitution. In this context, he said that the success or failure of the Constitution will depend on the people who are responsible for running the government. They also knew that the Constitution had established political equality, but that social and economic equality had not yet been achieved, which was also necessary to maintain political equality.