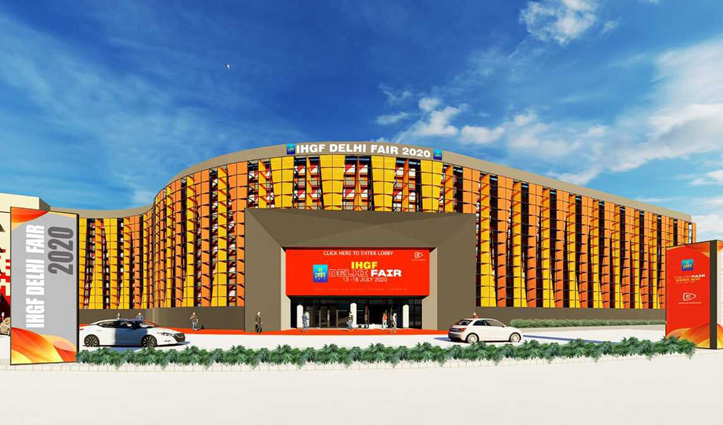 Greater Noida, 30th June, 2020: Indian Handicrafts and Gifts Fair (IHGF) 2020, a flagship trade fair organized by the Export Promotion Council for Handicrafts (EPCH) biannually, is coming back after a delay of around 5 months amid the spread of Covid-19.

“We have done extensive promotion through various mediums and we expect very good response from the buyers.”

The IHGF is being organized on an virtual platform for the first time. The platform is designed in such a way that it will enable the buyers to explore the products and to interact with the exhibitors seamlessly through a chat feature. The virtual platform will remain open 24/7 during all the days, so that every country has equal opportunity to explore the products irrespective of their time zone(s).

Rakesh Kumar, Director General – EPCH said that the EPCH became the first mover in the sector by organizing the first virtual show – “IFJAS” back in the month of may.

On the response of buyers, Kumar said that we have received confirmation from over 2,000 buyers so far and all of them are big distributors, wholesalers in their respective countries. “Our target however is to get over 7,000 buyers on the platform which is a big number in comparison to a physical show.”

On the ongoing anti-China sentiments in the country, Anchal Kansal from Buying Agents Association said that India can leverage the anti-China movement across the globe as people and businesses now want to turn away from China to come to India.

Rakesh Kumar said that the anti-China sentiments will not have a considerable impact on the handicrafts sector because India is not much depended on Chinese imports for the Indian exports except in electric items such as LEDs.

Those who need the vaccine the most will get it first: PM