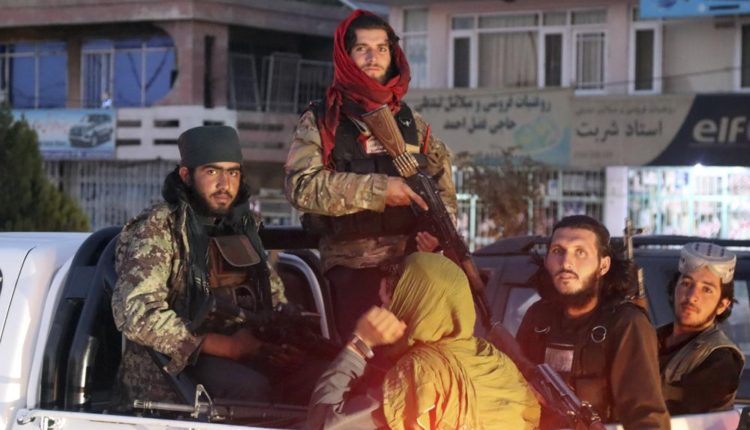 From guns to government: on Taliban

Last updated Sep 12, 2021
Share
Let’s not discuss whether the world leaders will extend legitimacy to Kabul’s new jihadist regime, which is much ado about nothing on the promise for an inclusive government.
For both the issue, the world will have to wait for a long time to understand the political development in Afghanistan.
The century-old progressive Afghanistan was once again rechristened as ‘Talibanistan’.
The United States, Britain, European Union, also India and Bangladesh were left wondering after the so-called interim regime of Mullah Hibatullah Akhundzada was announced last week.
The Taliban have not spelt out measures against counterterrorism and public policies on women rights, gender equality, higher education, amnesty for Afghan armed forces, police, judiciary, diplomats, government officials remain vague.
The freedom of expression, press freedom and freedom of assembly have become political taboo in Talibanistan and has been discarded as a western concept.
The hardliner Mullahs who have been selected to govern the country are mostly flagged by the United Nations, European Union (EU), US Federal Bureau of Investigation (FBI) and red-listed by Interpol for terrorism with links to 9/11 masterminded by dreaded Al Qaeda.
The Taliban leaders who were in exile in Qatar were often described as reformed Islamists by western media and apologists security pundits.
Each day, the sceptic observers are discovering that the Taliban’s has proved that HG Wells ‘time machine’ is a reality and not mere science fiction.
The Mullahs have succeeded in pushing the nation into the medieval age Arab Bedouins in the desserts. Taliban’s ‘time machine’ has not been designed with a fast-forward lever. Unfortunately, it will remain stranded in the 7th century in the foreseeable future, unless another bloody revolution jolts the nation from the yokes of barbarians.
The rugged mountains and lush green valley were graves of tens of thousands of foot soldiers of the invaders from the north and south. From Alexander the Great to Taimur Lang, the British, the Soviet Union and the now media agog with the American’s had to make a humiliating exit from Afghanistan.
Once a secular nation – home of various religions and cultural communities lived in harmony after the British colonialists decided to leave the Afghans alone after the Durand Line agreement 1893, which divides the Pashtuns between Afghanistan and India (now Pakistan).
After the Soviet Union’s military and political intervention in Afghanistan refused to compromise with their religious practices, language and tradition to be replaced by Marxism.
The Soviet Union (now Russia) literally wanted to spoon feed communism through a reign of terror, which was rejected and also pointed their barrels of the guns towards the Soviet Union military and oust the puppet regime.
The anger against socialism, which contradicts their conservative culture and tradition turned bloody. The villagers and warlords declared war against the Soviet Union.
The Soviets were militarily challenged by conglomerate countries and vested parties which wanted a slice of cake in
strategic geopolitical hegemony.
In the conundrum, Pakistan offered its soil as a launching pad for recruitment, training and providing weapons by the United States, with the tacit support of China and Saudi Arabia.
The alliance of Mujahideen of tribal chiefs, warlords, mercenaries and dictates of Pentagon and Pakistan’s military hawks in Rawalpindi GHQ caused the regime to melt and collapsed.
Meanwhile, the ragtag foot soldiers recruited from hundreds of madrassas (Quranic schools) in North-West Frontier Province (NWFP) now rechristened as Khyber Pakhtunkhwa partnered mercenaries from Bangladesh, Chechnya, Egypt, Indonesia, Iran, Iraq, Jordan, Kashmir, Malaysia, Philippines, Syria and Turkey. The jihadists were trained and armed by Pakistan spy agency ISI with a one-way ticket to heaven.
The misogynist and arrogant Taliban’s gave a Sunni interpretation of Islam, enforced Sharia laws to subjugate the women, punish the critics and opposition.
Twenty years ago, the Americans came with full military might with allies from NATO militaries to hunt and punish offenders of the 9/11 attacks on the Twin Towers. Initially, the Pentagon military invasion plans succeeded and installed a puppet regime in Kabul with western education.
More than seventy per cent of Afghans do not live in cities. Gradually the Afghans understood that politicians and the regime in Kabul were involved in widespread corruption, money laundering and plundering, while the country’s ‘mango people’ suffered poverty, hunger and deprivation.
The simmering anger was exploited by the Taliban’s leadership and tens of thousands of Afghan youths from the rugged mountains joined the jihad to oust the Kabul regime. Rest is history.
The Taliban might have made achievements in diplomacy and developing the media into confidence, but running a government headed who unfortunately does not have any experience.
The Mullahs will have to rely heavily on China, Pakistan and Iran for economic development. While the partnership with Turkey and Qatar is needed to stabilise the country sitting on a volcano.
Peace and stability will remain a far cry in Afghanistan in months to come.
First published in India News Stream, 11 September 2021.
Saleem Samad, is an independent journalist, media rights defender, recipient of Ashoka Fellowship and Hellman-Hammett Award. He could be reached at saleemsamad@hotmail.com; Twitter @saleemsamad