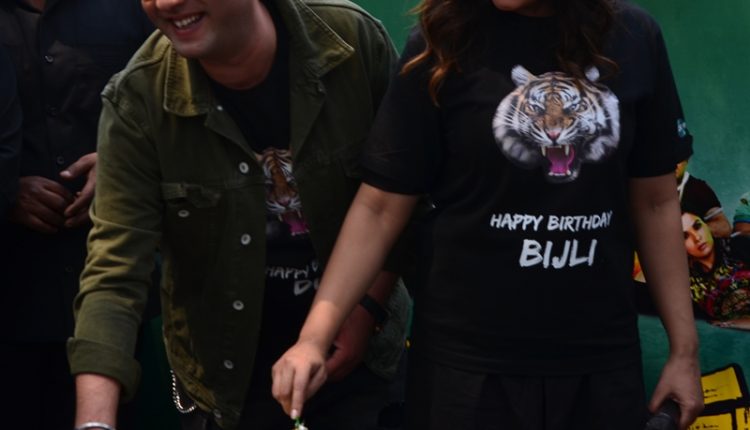 New Delhi: Everybody expected Fukrey Returns to do well, but the kind of success it saw was quite surprising. This Mrigdeep Singh Lamba directorial that stars Richa Chadha, Pulkit Samrat, Varun Sharma, and Ali Fazal has been received well by the audience. Film also earned more than Rs 100 crores worldwide.

On Thursday in Capital, The Fukrey Team Celebrated “Bijli Ka Birthday” (The Tiger that featured in Fukrey Returns). Richa Chadha Aka Bholi Punjaban and Varun Sharma aka Chucha of Fukrey Series interacted with the media at Delhi Zoo. The stars aslo cut the cake while celebrating Bijli’s birthday and spoke about Fukrey Returns’ Television premiere that will be on ZEE Cinema on Sunday 1st April 2018.

Ten News Caught up Exclusively with the Fukrey Franchise Stars, speaking about their experience after Fukrey Returns success they collectively said, “we are overwhelmed with the response it’s beyond what we expected, I’m glad to see the love being showered on our film. It’s being enjoyed by families and that’s what we wanted. It’s still sinking in! The love for this film is growing by the day and what better reward than this for the team’s hard work! Blessed and satisfied.”