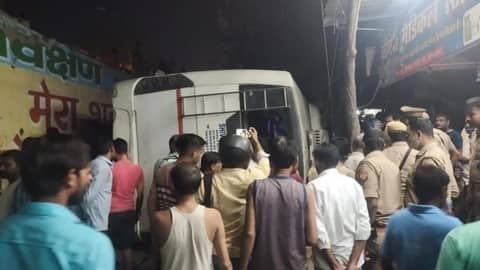 Several people feared injured after a bus fell from Bhatia Modh flyover in Ghaziabad on Wednesday evening. The police has reached the spot and is carrying out a rescue operation.

As per initial reports, It was a private bus which was taking employees of a company from Noida.

The bus fell down near a market and has reportedly injured dozens of people in the market.

Sedition law will be invoked against those celebrating Pak victory in T20 match:…