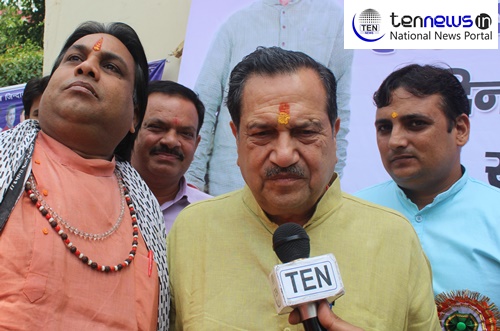 New Delhi: Aimed to create awareness over population explosion and to mull ‘two child policy for all’ in the country, Jansankhaya Samadhan Foundation hold a seminar in Delhi on Sunday.

During the seminar, foundation has announced to launch ‘Jansankhaya Pakhwara’ from July 1 to July 15, 2018 in Delhi to create awareness about the population explosion and mull the idea of two child policy in the country.
While speaking in the event, senior RSS leader Indresh Kumar was the chief guest of the seminar said, “It is high time for the country to frame a strict law to curb population which is going to become the biggest problem of the country.”

In advising tone, Kumar further said, “While framing population control policy we should not copy China’s one child policy and other countries because our society runs on the value system, different religion and their believes.”
At the time of independent, India has 37 crore population but as per the 2011 census, India has crossed 127 hundred crore but recourses are still same. Moreover, around 26 displaced world community lives in India.
“It is the time, we should forget about our religions, cast and demand for the population control law to curb population in the country,” Indresh Kumar added.
Later, National president of the foundation, Anil Choudhary said, “We are going to observe population pakhwara from July 1 to July 15 in Delhi to create awareness over the issue.”

Collegium system is a bolt on Indian judiciary, should be abolish: Union Minister Upendra Kushwaha