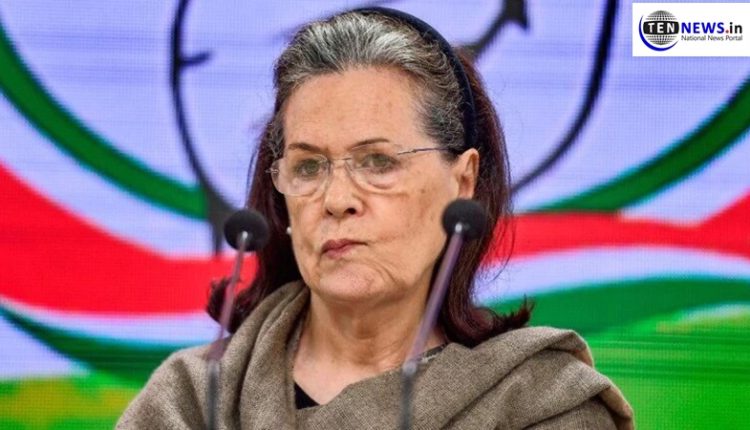 New Delhi [India], October 16: Attempting to silence critics ahead of the crucial 2022 Assembly polls, interim president of Congress Sonia Gandhi on Saturday said she is the “full-time and hands-on” party chief during her address at the Congress Working Committee (CWC) meeting in New Delhi.

In her opening remark at the CWC meeting chaired by her, the interim Congress president said she had been wanting for the meeting ever since Parliament adjourned.

“Now that all of us are doubly vaccinated, I decided we could meet physically with our masks on,” she said.
Addressing the issue of organisational elections, Gandhi said, “The entire organisation wants a revival of the Congress. But this requires unity and keeping the Party’s interests paramount. Above all, it requires self-control and discipline. I am acutely conscious of the fact that I have been interim Congress President ever since the CWC asked me to return in this capacity in 2019.”

Recalling that CWC has finalised a roadmap for electing a regular President by June 30, Gandhi said, “But the second wave of Covid-19 overtook the country and this deadline was extended indefinitely by the CWC in its meeting held on May 10, 2021.”

Gandhi said the schedule for full-fledged organisational elections has been finalised and will bring clarity on the matter “once and for all.”

“I am, if you will allow me to say so, a full-time and hands-on Congress President. In the last two years, a large number of our colleagues, particularly the younger ones have taken on leadership roles in taking party policies and programmes to the people–whether it be the agitation of farmers, provision of relief during the pandemic, highlighting issues of concern to youth and women, atrocities on Dalits, Adivasis and minorities, price rise, and the destruction of the public sector,” she said.

“You are aware that I have been taking them up with the Prime Minister as have Dr Manmohan Singh and Rahul. I have been interacting with like-minded political parties regularly. We have issued joint statements on national issues and coordinated our strategy in Parliament as well,” she said.

In a veiled dig at the party’s internal critics, especially G-23, Gandhi said she had always appreciated frankness, and added, “There is no need to speak to me through the media. So let us all have a free and honest discussion. But what should get communicated outside the four walls of this room is the collective decision of the CWC.”

On the issue of forthcoming Vidhan Sabha elections, the Congress President said Congress’ preparations had already begun a while back.

“Undoubtedly, we face many challenges but if we are united, if we are disciplined and if we focus on the Party’s interests alone, I am confident that we will do well. The respective General Secretaries and In-Charges will be briefing us on the states individually and so I will not like to say anything more now on this subject,” she noted.
She also wished for a full and speedy recovery of former Prime Minister Dr Manmohan Singh, who is admitted at AIIMS Delhi.