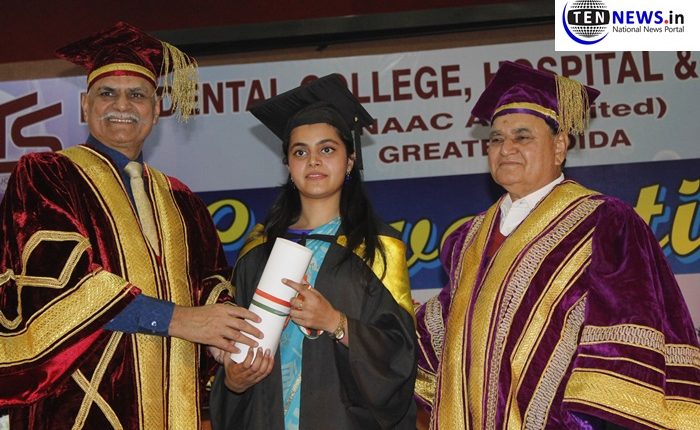 The function started with the academic procession which was led by (Major Gen.) Dr G.K Thapliyal, followed by the Dignitaries and all Heads of Departments. Dr. R.K.Khandal in his convocation address spoke about the fine quality of education being rendered by the Institution. He said that “Today I.T.S- The Education Group has emerged as leading name in the education especially for training high class dental surgeons. Graduation is just a phrase, whereas we graduate daily by learning new things in our life each and every day.”

Principal, Dr Sachit Anand Arora ,in his annual report of the college praised the achievements of the faculty and the students. He told that I.T.S Dental college has hosted series of national Conference & Convention in the last one year. He also told that Faculty of Dept of Prosthodontics was conferred with Diplomat award at the WCOI conference in Delhi. Rhythm Batra & Anmol Khanna secured University 1st & 2nd rank in BDS Final Year Examination.”

On this occasion, the ‘Yearbook’ compiled by the students of the 2013 batch depicting their precious and special memories of five years in the institution was released by the dignitaries.