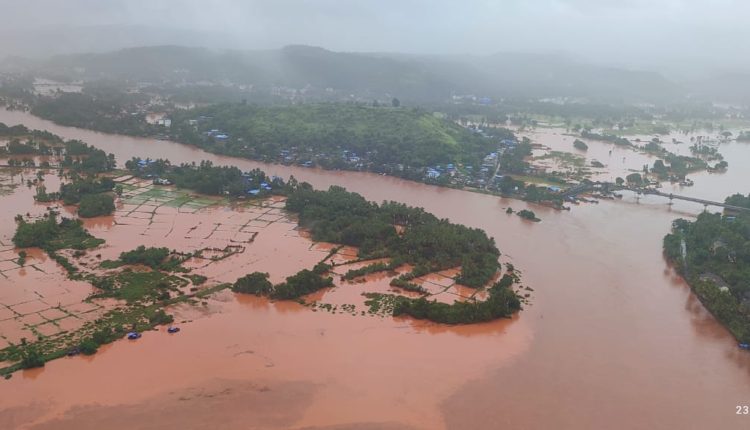 On 22 July 2021, at around 1:30 pm, the IAF received a message for requirement of flood relief operations in Chiplun and Khed towns of Ratnagiri district Maharashtra. When the weather permitted, a Mi-17 IV helicopter got airborne from Mumbai for Ratnagiri at 3:40 pm and landed at Ratnagiri at 5 pm. Bad weather did not permit any further operations in the evening.

Operations have resumed today with the helicopter deployed at Ratnagiri along with another one flown in from Mumbai. An NDRF team of 10 personnel with approximately one-ton load has also been flown in by IAF to Ratnagiri.

Today, a helicopter from Ratnagiri got airborne at 11:35 am, carried out reconnaissance and rescued two people before landing back at Ratnagiri. The IAF is also positioning two Mi-17V5s and two Mi-17s for flood relief operations. Another helicopter is standing by at Pune for any emergent requirement. 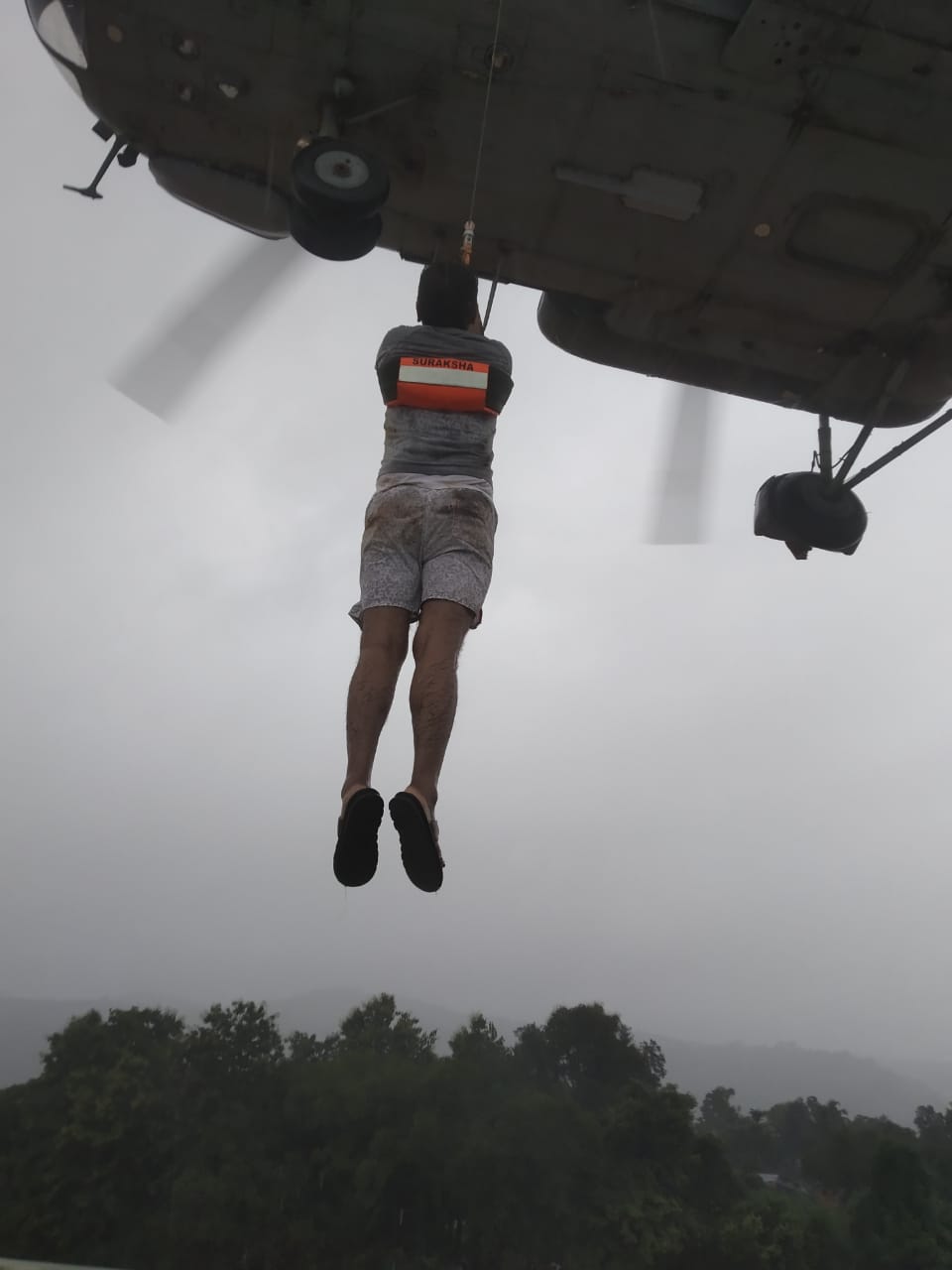