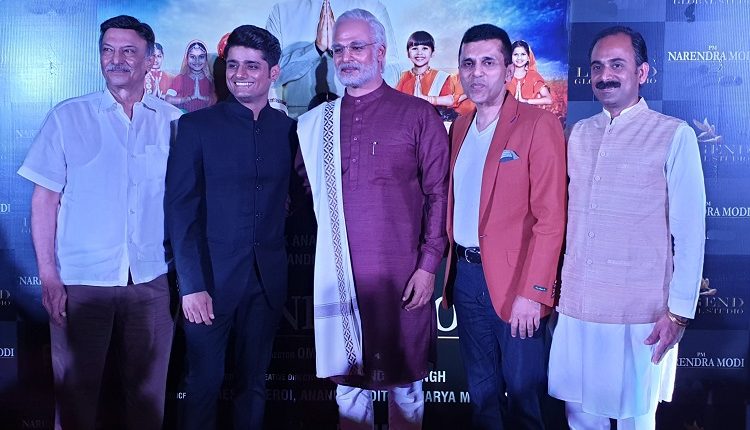 The film ‘PM Narendra Modi,’ which is being re-released, is all set to make history by becoming the first movie to be released in theatres after the government of India permitted multiplexes to re-open from October 15, after the prolonged lockdown.

The movie will traverse the journey of Indian Prime Minister Narendra Damodardas Modi from his humble beginnings to his years as Chief Minister onto his landmark win at the 2014 election and finally becoming the Prime Minister of India has a Chandigarh connection. The film has been produced by Chandigarh’s famous proponent of Ayurveda and Ayurvedic Acharya – Acharya Manish.

Acharya Manish said, “I chose to produce the film ‘PM Narendra Modi’ as I have been inspired by Narendra Modi’s life and the achievements he has made against all odds. What’s more, he has been working hard to promote the concept of ‘Made in India’, which includes propagating India’s 5000-year-old herb-based medicinal science– Ayurveda, something which I have been passionately doing since 1997. It is a proud moment for me that I am charting the start of my journey as a film producer with this historical film, which is re-releasing in theatres across India on October 15, 2020.”

The film had first released on May 24, 2019; however, it had mired in political controversies during the election year. The film’s story is by Sandip Singh, who is also its creative director. It is noteworthy that the movie stars famous Bollywood actor Vivek Anand Oberoi in the lead. Actors like Boman Irani, Darshan Kumaar, Manoj Joshi, Prashant Narayanan, Zarina Wahab, Barkha Bisht Sengupta, Anjan Shrivastav, Yatin Karyekar, Rajendra Gupta, and Akshat R Saluja have played pivotal characters. The movie is directed by Omung Kumar.

Acharya Manish summed up, “I have got associated with the project as I liked the script and storyline. The film documents finer details about our PM’s life and how he broke all shackles and overcame troubles to become PM of our great country. I am sure that the film will enthuse the younger generation to get motivated by the story. The film has excellent acting displayed by Vivek Anand Oberoi and the other cast. The production and technical aspects of the film are top-of-the-line. Last time the film couldn’t be watched by many, and I am hoping the re-release of the movie will give a golden opportunity to movie buffs to watch it.”