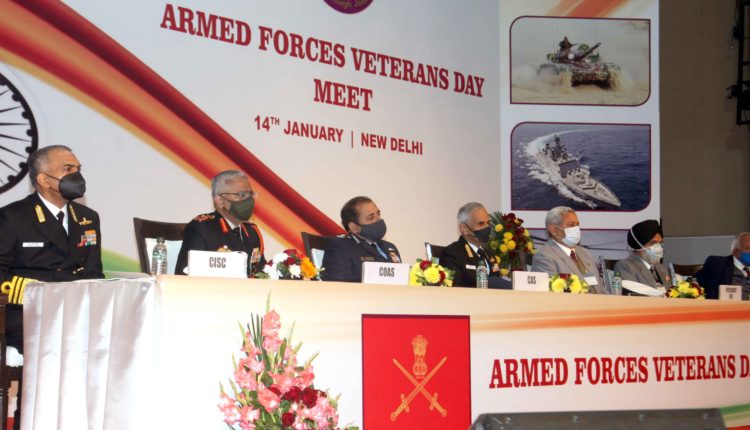 A Veterans Meet was also organised at Raina Auditorium, APS DhaulaKuan with Admiral Karambir Singh, Chief of Naval Staff as the Chief Guest for the event. Gen MM Naravane, COAS and Air Marshal RK Bhadouria, CAS were also present for the event. The event was organised following COVID protocols.

Speaking on the occasion Army Chief highlighted some important welfare measures undertaken by various welfare departments during the year amidst the COVID pandemic. He also briefed the veterans on the Swarnim Vijay Varsh being celebrated through the year to honour our veterans who gave us the victory in 1971 war. Admiral Karambir reiterated the resolve of Services for the well being of veterans and assured them that their valuable suggestions were also welcome.

Admiral Karambir Singh also released the ‘Swarnim Vijay Varsh’ song dedicated to the valour and courage of our brave soldiers during the 1971 War. The song has been written by Mr Kumar Vishwas and composed by Mr Chris Powell.  It has been sung by Mr Romy. Army released the coveted ‘Samaan’ magazine and Air Force released the ‘Vayu Samvedna’ magazine on the occasion. These magazines are exclusively for Veterans and their Next of Kin.