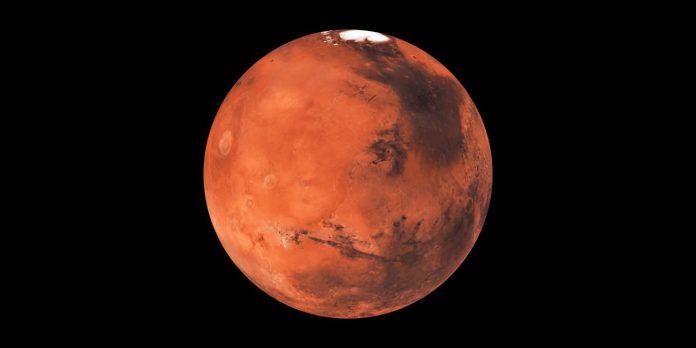 National (18/01/2023): In a historic first, Indian scientists have discovered solitary waves around Mars. The discovery was made by a team of scientists from the Indian Institute of Geomagnetism (IIG) using high-resolution electric field data recorded using the Langmuir Probe and Waves instrument on the Mars Atmosphere and Volatile Evolution (MAVEN) spacecraft of NASA.

The waves are mainly distinct electric field fluctuations in the Martian magnetosphere, which are responsible for controlling energization, plasma loss, and transport through wave-particle interactions. According to the official press release issued by the Ministry of Science and Technology, the magnitude and duration of these pulses were found to be 1–25 milivolts per meter and 0.2–1.7 milliseconds, respectively. These pulses are dominantly seen in the dawn and afternoon-dusk sectors at an altitude of 1000–3500 km around Mars.

The findings gathered have been published in “The Astrophysical Journal,” which reports the analysis of 450 solitary wave pulses as recorded by the MAVEN spacecraft, which took 5 rounds around the red planet in February 2015.

This discovery is significant because it can help researchers and scientists gain new insights into the behavior of the Martian magnetosphere and also pave the way for further studies on similar phenomena in other planetary magnetic fields. It is also a proud moment for the Indian scientific community, as this is the first time an Indian team has made such a remarkable discovery.