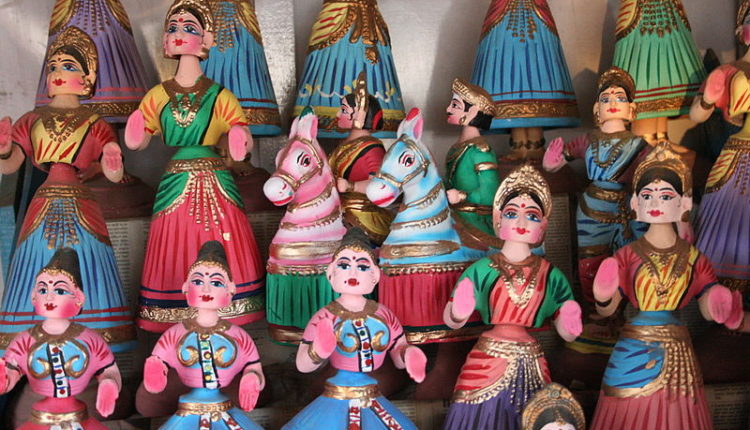 New Delhi, 31st August: “By taking indigenous manufacturing of toys in India as one of the premier priority sector of the Union Government, Prime Minister Narendra Modi has given enough indication of a major shift in basic fundamentals of the Government policy to make the local products as an important tool for making AtmNirbhar Bharat. The business community of the Country, small industries and logistics sector catering to the need of sectors like toys, offers compliments to Prime Minister Modi for making local products as a new engine of economic growth,” said the Confederation of All India Traders (CAIT).

The CAIT, however, said that in furtherance of the views expressed by PM Modi in his Man Ki Baat yesterday, there is a need of a National Toy Policy and constitution of an Expert Committee comprising of senior officials and representatives of trade to make an in-depth study of the toy sector in India and remedial measures required for augmentation of production of both mechanical and electronic toys in India.

Sushil Kumar Jain, Convener Delhi NCR of the CAIT said that as per an estimate, currently the toy market in India generates an annual turnover of Rs. 25000 crore out of which China is having a share of about 65% and about 5% toys are imports from other Countries and rest of the 30% toys are manufactured in India. There are about 6000 manufacturers in India mainly in primary, micro and cottage segments. Besides China, India also imports toys from Thailand, Korea and Germany. China has overpowered the toys sector particularly in past 5 years aggressively flooding the Indian market with its low price range products though these products are of the nature of use and throw whereas the Indian toys are more durable and sturdy but becomes costly because of various problems being faced by Indian toy sector which is a major impediment in the growth of the sector in India and making people more dependable on China. However, there is a large scope of exports of Indian toys but for this a robust support policy framework is required to support the toys sector.

“Indian toys sector can do better and also can give a tough competition to others in domestic and global market but since the toy sector is facing some of the major roadblocks since a long time, the growth if Indian toys sector is quite minimal and much less than the expected growth. There is lack of coordinated approach amongst various agencies resulting in policy paralysis for arriving at solutions. Further, the toy manufacturing is a voluminous sector which requires huge space not only for production but for storage of finished products and its packing thereof. So far the available land is quite insufficient which hampers the production to a great extent. Further, the availability of finance and loans in an easy manner is another major obstacle that acts as a hindrance for production of toys in India. Twin rates of GST on various toys gives ample opportunity for overlapping tax rates and the taxation procedure becomes complicated. There is lack of design & innovation in toys industry in which getting breakthrough in production is critical. It is also regretted that there is not even a single dedicated Toy Design Institute in India. Mostly the toys sold in world are electronic where the toys those made In India are mechanical. The toy manufacturers are reluctant to manufacture electronic toys because of levy of higher GST rates on electronic toys.”

Mr. Sushil Kumar Jain said that while acclaiming the vision PM Mr. Modi has put forth for Indian toys and giving a clarion call to Indian toys manufacturer to become a major shareholder in about 7 lakh crore global business of toys, the CAIT will represent the case of toy manufacturers with Union Commerce Minister Shri Piyush Goyal urging him to roll out a National Toys Policy with a national toys development program. Besides this, the CAIT will also urge to resolve disparity and anomaly in GST tax rate of toys. Currently, the Mechanical toys are under the ambit of 12% GST tax rate whereas the electronic toys are subject to 18% GST tax rate. There is a need of a plug & play policy for toys in India. The CAIT will also urge for creation of Toy Design & Development Institute and six different locations in the Country for easy facilitation to toys manufacturing across the Country. An appropriate import substitution policy is also required and all these steps will certainly ensure robust growth of toys industry in India as per expectations of Prime Minister Narendra Modi.

Coincidence much? Dental care giant’s latest innovation is same as what a BIMTECH …

Industry In UP Feels the Pinch of ‘Regressive’ Electricity Duty