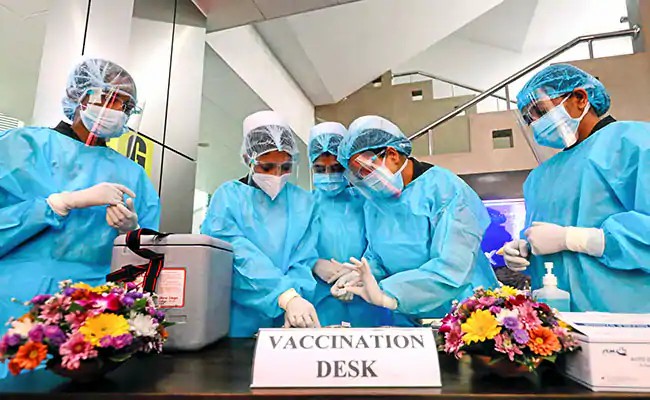 In its collective and collaborative fight against the global pandemic, India has crossed a landmark milestone under the world’s largest vaccination drive, which was launched on 16th Jan this year. The cumulative number of COVID19 vaccine doses administered in the country has crossed 9 Cr today.

Eight states account for 60% of the total doses given so far in the country.

Nearly 30 lakh vaccination doses were administered in the last 24 hours.

Ten States including Maharashtra, Chhattisgarh, Karnataka, Uttar Pradesh, Delhi, Madhya Pradesh, Tamil Nadu, Gujarat, Kerala and Punjab have shown a rise in the COVID daily new cases. 84.21% of the new cases are reported from these 10 states.

Maharashtra has reported the highest daily new cases at 59,907. It is followed by Chhattisgarh with 10,310 while Karnataka reported 6,976 new cases.

Twelve States, as shown under, are displaying an upward trajectory in daily new cases.

India’s total Active Caseload has reached 9,10,319. It now comprises 7.04% of the country’s total Positive Cases. A net incline of 66,846 cases recorded from the total active caseload in the last 24 hours.

Directions under Section 35 A read with Section 56 of the Banking Regulation Act, 1949 – The Mudhol Co-operative Bank Limited, Dist- Bagalkot, Karnataka – Extension of period