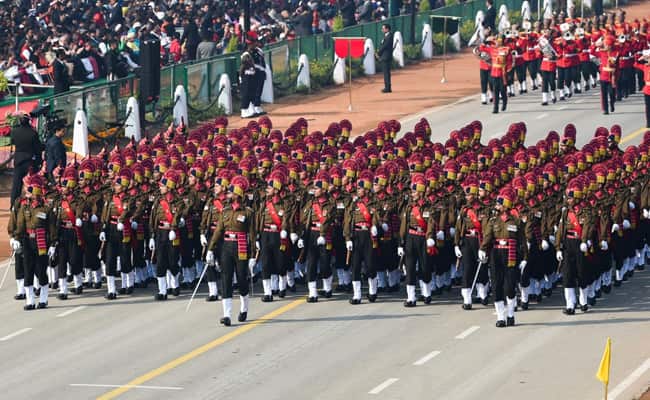 Jat Regimental Centre Marching Contingent has been adjudged as the best marching contingent among the three services during the Republic Day Parade at the majestic Rajpath on January 26, 2021.

Delhi Police Marching Contingent has been chosen as the best marching contingent among Central Armed Police Forces (CAPF) and other auxiliary forces.

They have been adjudged on the basis of the assessment of the panels of judges and the results of the competitive presentation of the contingents.

Among the tableaux of States/Union Territories (UTs) Uttar Pradesh, Tripura and Uttarakhand were chosen 1st, 2nd and 3rd respectively. Department of Biotechnology was chosen the best tableau among the Central Ministries/Departments/CAPFs/other auxiliary forces. Special prize was given to the tableau of Central Public Works Department (CPWD).