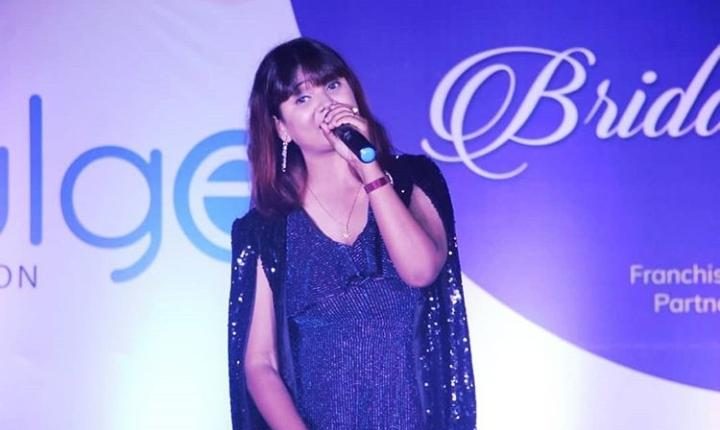 Barnali Hota Is A Well known Play Back Of Odissa Music Industry.

She started music when she was 3. She did her first stage show when she was 4 years old, in front of lord Jagannath in Puri. Though it was just a hobby back then, She didn’t have the slightest idea that it would become an inseparable part of her someday. Her journey in music has been very exciting with ups and downs till date. She Said I’m grateful to God and to all the people who have given her so much love starting from when she was in Li’l Champs, Zee TV, when she was in Dil Hai Hindustani, Star Plus to this day. What She have always tried is not just to be a singer or a performer but to be an artist. An artist who uses her art not just for her own sake, for making money but also to bring a change in society, to speak about the rights and wrongs around us. Because, for her art is more than entertainment. She had done playback for Odia albums, a film and a Bangladeshi art film as well. She have been also doing raw vocal sessions and covers of Odia, Bengali, English and Tamil songs. Also, She had started making music which talks about socio-political issues in my mother tongue, Odia lately.
In an interview She Said Her future plans include a lot of things. She is still learning Indian Classical in Sangeet Research Academy, Kolkata and She Is Persently studying English Literature in Visva Bharati University. She have a music video coming very soon. She is planning to make more music which talks about social issues. Not just in Odia but also in Hindi.

Talking about changing society, She is always been very outspoken about every issue and lately she tried doing that with her music. People have always tried to shut her mouth, “your work is singing, don’t try to get into other issues.” But she believe, she is a responsible human being first and then a singer or a performer or something else; it’s my duty and right to speak. She can bring people from all fields together and use their art forms to speak about what changes we want around us. Our society needs a lot of reformation and She want as many people as possible to come forward and use their art to do collaborative work. Along with being a part of commercial music making, She also want her music to be a mirror to the world, reflecting the things going on around us and, arguably, music has the power to change society like no other art form.