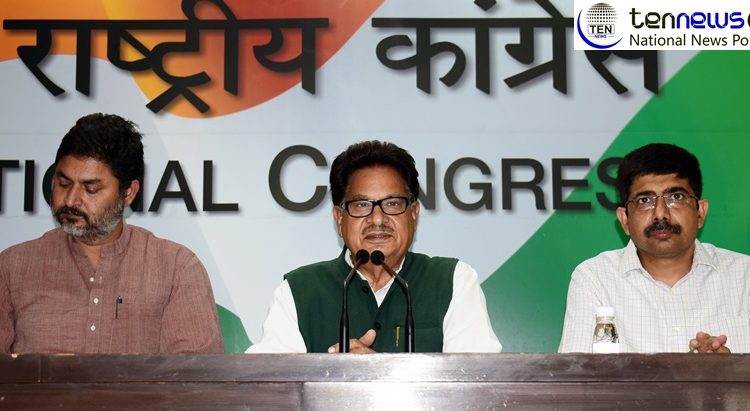 New Delhi: In a wake of Karnataka election, the air of the country has turned political and both ruling and Opposition parties playing dalit card to woo the voters.

In this row, senior Congress leader PL Punia mounted attack on Prime Minister Narendra Modi on Saturday during a press briefing for his pro-dalits remark and said on one hand PM Modi continues with his Ambedkar Jaap drama, on other hand, violence and discrimination against the SCs and STs continue unabated and have reached ridiculous heights.

“In latest attack on the constitutional rights, as indeed the very basic dignity that any human being is entitled to, the BJP Government in Madhya Pradesh has mandated that a minimum 3 day notice be given and the police be informed of any wedding in a dalit family. Police will remain present to supervise Dalit marriage processions,” said PL Punia.

He further said, “It is the violation of human rights and dalits being treated like a second class citizen. After closely monitoring, it seems that the British Raj has returned for dalits.”

Moreover, in UP people dying due to storm and rains and UP CM is preaching Hindu-Muslim gyan in Karnataka.
He further attacked, “Earlier, PM Modi was scaled to hold five to six public rallies in Karnataka but now going to address 21 rallies. It shows that BJP is in deep fear.”

Owing to dalit suppression, dalit BJP leaders have stared cornering from BJP and raising their voices against the prevailing atrocities. BJP leader Udit Raj, Anupama Jaiswal and Savitri Bai Phule are some examples.

Replying to a question of preventing Muslims for offering Namaz in open in Gurugram by Hindu organizations, PL Punia said, “It is shameful incident and Congress party highly condemn it. BJP is harboring such elements.”