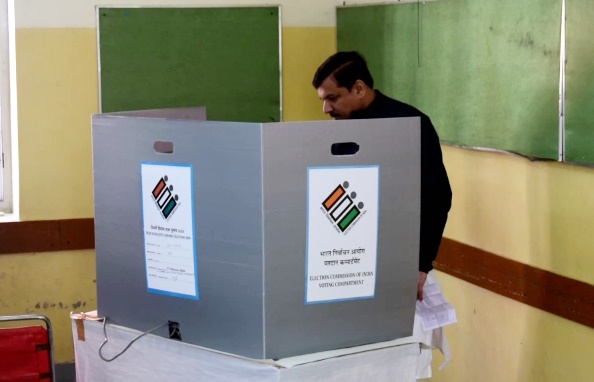 New Delhi : Breaking his silence on the ‘Ashudh’ remark made by Delhi BJP chief Manoj Tiwari, Delhi Chief Minister, and AAP supremo Arvind Kejriwal on Saturday alleged that the BJP has been mocking him ever since he recited the ‘Hanuman Chalisa’ on a TV channel. Taking to the microblogging site, Kejriwal sought to know what kind of politics the Bharatiya Janata Party (BJP) is doing.

Earlier today, Manoj Tiwari made a statement at CM Kejriwal after his visit to Hanuman Temple ahead of the polls on Friday.

Manoj Tiwari said, “Arvind Kejriwal visited the temple to seek blessings from the lord or to make Hanuman impure. HE used the same hands to remove his shoe and later offer the flower garland to the deity, what has he done? This only happens when people with false faith visit temples. I told this to the temple priest also and later he washed the dirt several times.”

The voter turnout till noon is 15.6 per cent, which is significantly lower that the 2015 assembly polls in Delhi. The result for the Delhi Assembly election 2020 will be declared by the election commission on Tuesday, February 11.