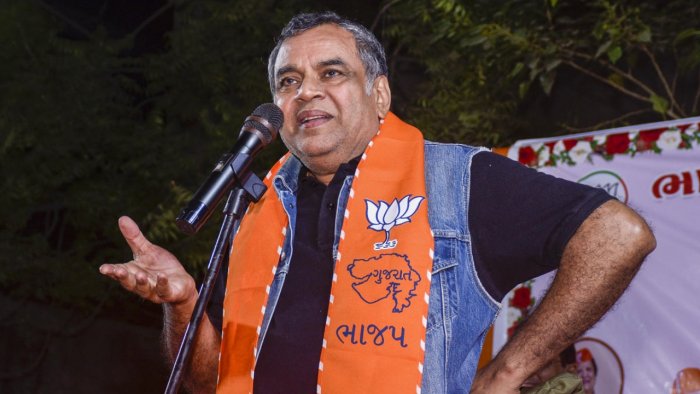 The CPI(M) leader alleged that Rawal’s comment was provocative and it could result in “riots and destroy the harmony between Bengali and other communities”.

“A large number of Bengalis reside outside the limits of the State. I apprehend that many of them will be prejudicially targeted and affected because of the vicious remarks made by Paresh Rawal,” Salim’s complaint said.

A case has now been registered against Rawal by Kolkata Police under IPC sections 153 (provocation with intent to cause riot), 153A (promoting enmity between different groups), 153B (propagates denial of rights to linguistic or racial groups), 504 (Intentional insult with intent to provoke breach of the peace) and 505 (statements intending public mischief).

Paresh Rawal’s remarks on Bengalis came as he was campaigning for the BJP in Gujarat.

On December 2, the actor apologised for his remarks on the subject and further added that the statement was in reference to illegal ‘Bangladeshis and Rohingyas’.

Furthermore, the TMC also heavily criticized Rawal over his statement.

TMC IT head Debangshu Bhattacharjee said, “Modi ji came to power over the price rise of gas and LPG. Does Paresh Rawal forget this? When prices of gas increase, it affects Hindus and Muslims both. It is shameful that Paresh who made a film like Oh My God and said that he protested against the business of religion, is stating such stuff during an election, just to get two votes in Gujarat.”