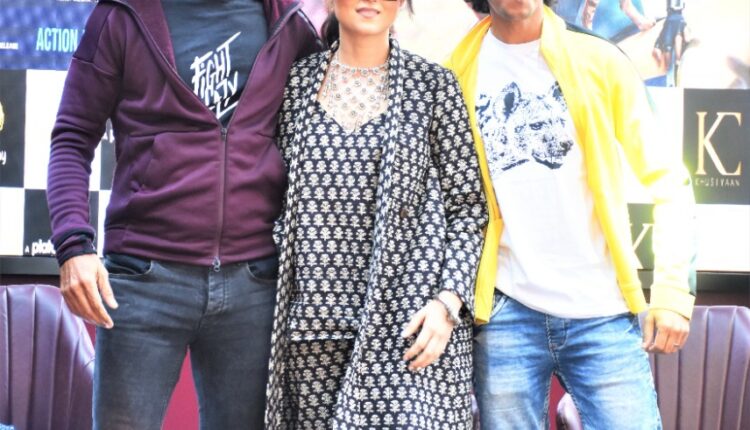 India’s first ever action film about an animal lover vigilante “Lakadbaggha” (Hyena) opened to a rousing reception at its Premiere as part of the prestigious Kolkata International Film Festival. The film, which is inspired by real events in Kolkata, deals with the illegal animal trade industry.

Anshuman Jha said, “Rabindranath Tagore’s Purano Sei has been re-composed by Fransquet & sung by Shruti Pathak for the said film. And the audiences in Kolkata will get to hear this 21st century rendition of a Tagore Classic. Lakadbaggha is my love letter to dogs (and animals at large) & I can’t wait for the world to meet Arjun’s character on January 13th. He is ordinary & that’s his super power. This is a universal film with an Indian soul set in Kolkata & the action is nothing like anything you have seen before.”

Ridhi Dogra added, “Lakadbaggha is truly a special film – it has action thrill but also a soul. Akshara, my character is the grey between the world’s of the protagonist and the antagonist. It is obviously special for its my big screen debut. And I can’t wait for the world to watch it in January 2023.”

Speaking to the media, Milind Soman said “It’s exciting to be part of a unique action film like ‘Lakadbaggha’. Every aspect of the story and characters is so unusual and well thought out. I loved how intrinsically Krav Maga as an exciting martial art is incorporated in the script. Anshuman has had a lot of training in Krav Maga and the choreography is specially devised to highlight this martial art. I’m playing a martial arts instructor and Anshuman’s father and the shoot schedule was intense. Working alongside passionate people has been something I have always enjoyed. It’s a character I’ve never played before – a Bengali father and a martial arts trainer, it was loads of fun.”

The film is also officially Selected to Open the HBO South Asian International Film Festival in New York, 2022. And has action by the stunt team behind Ong-Bak (Kecha Khamphakdee) & Force Square. And has a hyena (Lakadbaggha) in the middle of the narrative about Indian Street dogs. Produced by First Ray Films, whose last release was the LGBTQ+ themed ‘Hum Bhi Akele, Tum Bhi Akele’, the film is set to hit the big screens in 2023.