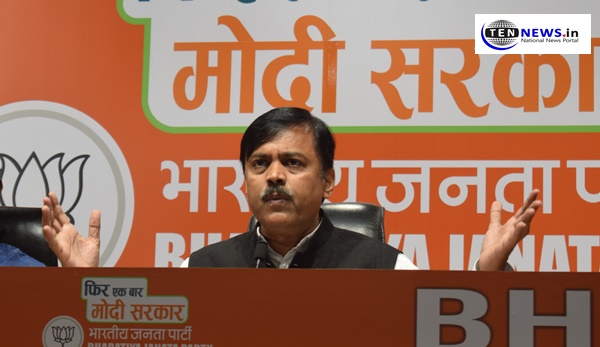 New Delhi: (03/05/2019) IT Raid Press Release said that, A part of unaccounted cash worth of Rs. 281 crore was transferred to the headquarter of a ‘major political party’ in Delhi from Madhya Pradesh

Targeting Congress for using the funds from corruption and scams in Madhya Pradesh to ‘fund the party’, the BJP on Friday said that Madhya Pradesh has become the new ATM for the Congress party.

“Wherever they have formed government in the states, they are using the money of people, meant for development, for their own benefits and squandered away the money for themselves.They have to answer the common man regarding this as it relates to integrity in politics.”

He further said, “Today we would like to ask the Congress party and its leaders to tell this country, as to how what justification do they have, what face do they have to show to people of this country. The Congress simply doesn’t have answers for this loot.”

“A few weeks ago, raids took place at Madhya Pradesh Chief Minister Kamal Nath’s close aide’s place and unaccounted cash worth Rs 281 crore was recovered and there has been information that Rs 20 crore was transferred to Congress party headquarters in Delhi. Congress doing politics of deceit and Cheating,” added Rao.