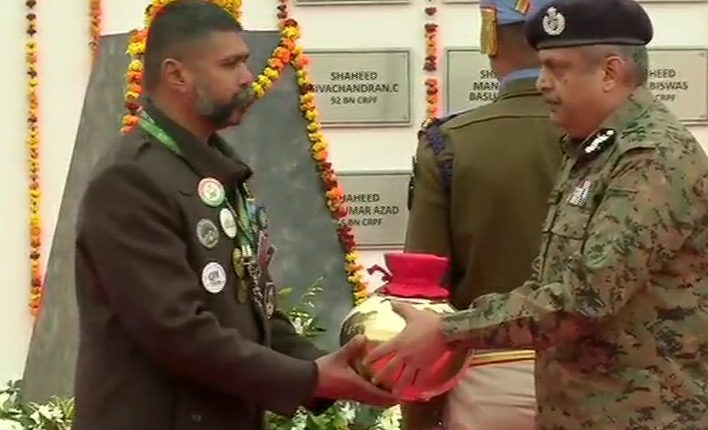 New Delhi : Umesh Gopinath Jadhav, 40, was the only special guest at a wreath-laying ceremony held on Friday at the CRPF campus in Lethpora, Kashmir, to mark a year of the Pulwama attack  in which 40 men were killed.

Umesh Gopinath Jadhav, from Maharashtra, took a 61000 km long journey across India to meet families of the 40 jawans who lost their lives in attack and collected soil from the houses and cremation grounds of the 40 CRPF jawans. Today during the wreath-laying ceremony the collected soil was placed at the memorial at CRPF’s Lethpora camp. 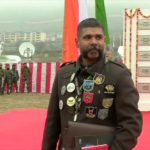 After the ceremony while interacting with media he said, “I’m proud that I met all the families of Pulwama martyrs, and sought their blessings. Parents lost their son, wives lost their husbands, children lost their fathers, friends lost their friends. I collected soil from their houses & their cremation grounds.”

Umesh Gopinath journey is a compelling story. After a music concert in Ajmer, he was returning home to Bengaluru last year, on February 14. TV screens at Jaipur airport began blaring the news that a CRPF convoy had been attacked by a vehicle-borne suicide bomber. As the horrific visuals appeared, he decided to do something for the bereaved families.

Zulfiquar Hasan, Special CRPF DG J&K Zone, in Pulwama said Conspirators of Pulwama Attack were neutralized few months after the incident. Some people who helped them have been arrested.