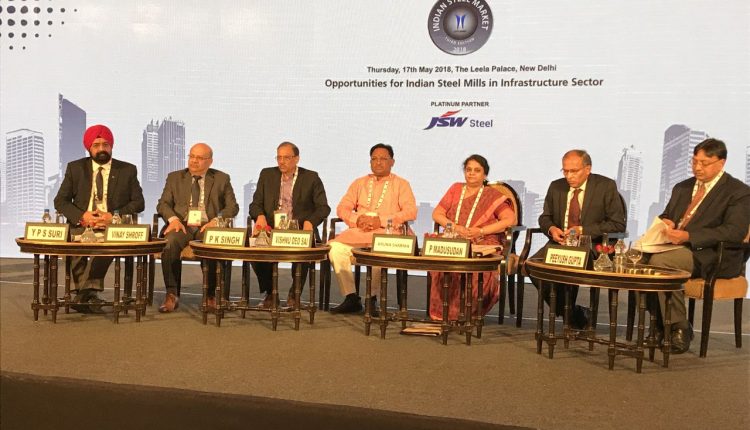 Ministry of Steel to set up 20 commercial vehicle scrapping centres across India!

Union Ministry of Steel waiting for the Ministry of Road Transport and Highways (MoRTH) policy on the end of life of commercial vehicles likely to be announced on October 2 this year is all set to set up 20 scrapping centres in various parts of the country to produce steel from the scrap.

“The ministry of steel will introduce a steel scrap policy this year which, in conjunction with the much-awaited vehicle scrappage policy by MoRTH , will lay out the rules and regulations for using scrap from old vehicles to produce steel.” Said Aruna Sharma , Secretary , Union Ministry of steel while speaking at a seminar on ‘Opportunities for Indian Steel Mills in Infrastructure sector’ organised jointly by Ministry of steel along with Steel Guru here today.

“We have been waiting for the transport department to come out with its policy on the end-of-life of commercial vehicles. The steel scrap policy will be based on this . Once this policy is in place, India will start producing steel from scrap. For a steel producer, it doesn’t make a difference whether you make steel from iron ore or scrap. The National Steel Policy’s target of 300 million tonnes (mt) of steel production by 2030-31 includes steel made from both iron ore and scrap.” Sharma said .

“With India targeting a 300 million tonnes a year steel production capacity by 2030-31, the focus of steel ministry is on domestic consumption and making the sector globally competitive.. Ministry of steel has identified construction and manufacturing sectors like rural development, urban infrastructure, roads and highways, and railways for maximum consumption of steel.” Said Chaudhary Birender Singh, Union Minister of steel in his video message to the conference .

“The government has made a budgetary allocation of about Rs. Six lakh crore for infrastructure this year. We have to ensure that the maximum steel produced in the country is used domestically, , The new Steel Policy seeks to increase per capita steel consumption to 160 kg by 2030 from the existing around 64 kg” said Vishnu Deo Sai the Union Minister of state for Steel Minister while inaugurating the conference.

The Minister said since India was one of the fastest growing economies in the world, extensive use of steel in areas like construction, infrastructure, power, aerospace, industrial machinery, and consumer products, is of strategic importance to the country. Paving the way towards One Health India