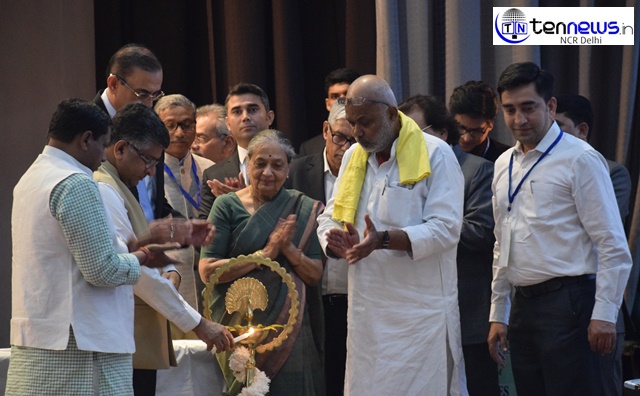 National Conference for creation of AIJS held In Delhi, Ravi Shankar Prasad Supports the Cause Wholeheartedly

The event was attended by over 600 lawyers and other dignitaries.

“Founding fathers of our nation wanted to create a robust democracy ensuring the participation of each section of society in nation building. So far, judiciary has played an instrumental role in this journey. I believe that there shouldn’t be any interference in judicial autonomy. At many forums the idea of All India Judicial Services has been discussed from a long time. I support this idea and appreciate this event as through such initiatives AIJS can take a shape that will be helpful to boost the efficiency and timeliness in discharge of justice.”

“There should be adequate participation of deprived sections of society everywhere and creation of All India Judicial Services will ensure this in judiciary. This will also strengthen the trust of underprivileged in our institutions.
Suggestions for the creation of AIJS have been floated time and again since as early as 1950s. The statesmen of independent India had since very beginning articulated the need for uniform standard of selection and attracting the bright and young talent in judiciary so that fair trial and speedy justice could be made available to every citizen throughout the country. Creation of AIJS will be a big step in that direction. Experts believe that AIJS will bring in several advantages, such as- efficiency and timeliness in discharge of justice, transparency in recruitment process, strengthening of publics belief in the judicial administration, lack of corruption and nepotism.”

Today over 3.3 crore legal cases are pending and a big reason for the same is that large percent of the judicial posts are vacant 40% of post for judges are remaining vacant only in High Courts across India. This percentage is increasing every year as around 85 judges retire every year but the addition is less than 30 per year. In view of this grave situation, several lawyers, subject-matter experts, dignitaries and pro bono individuals have come together under the banner of FAIJS with an aim to set the ground for the creation of All India Judicial Services AIJS. FAIJS will be undertaking pioneering initiatives in this direction to accomplish successful creation and implementation of AIJS.