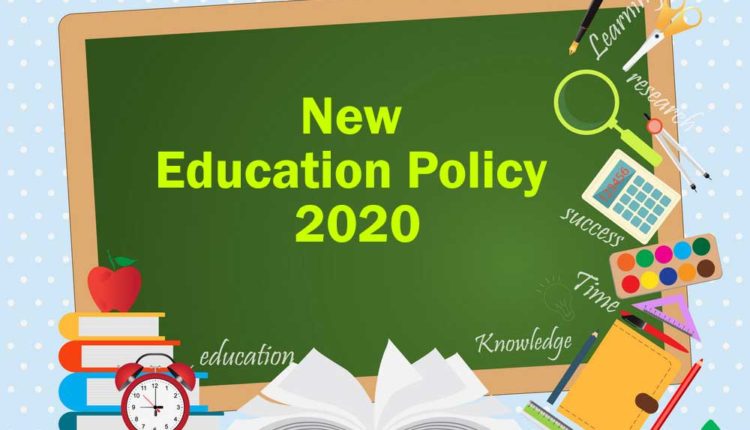 National Education Policy 2020: A milestone in India’s journey to becoming a knowledge superpower

By Dr Jagannath Patnaik, An Educationist and Spiritual Mentor

“Education is about honing the skills of critical thinking and analysis. It is about lifelong learning, and about helping children become self-driven learners.”NEP-2020”

Curriculum and pedagogy will be transformed by 2022 in order to minimize rote learning and instead encourage holistic development and 21st-century skills such as critical thinking, creativity, scientific temper, communication, collaboration, multilingualism, problem-solving, ethics, social responsibility, and digital literacy.

The world is changing in ways we can hardly imagine. It is an opportunity to make positive changes. Now is the time to rethink and try new things that were deemed as impossible by systems entrenched. These excuses no longer hold. Practically every system has been thrown into a state of upheaval. People may soon be ready to reconsider certain ideas that were dismissed in the past.

The history of India has recorded the strong tradition of Indian education over centuries and era. Excellent world-class universities flourished in India when most of the western world made vain attempts to probing the educational domain. Those heavenly days were the period when India led the rest of the world in scientific knowledge and philosophical speculations.

Today, India is viewed as a talent pool of the world and has positioned itself as a fast-growing knowledge economy in the world. There are several policies, plans on improving the quality of education to meet global standards. Despite the developments, the country struggles to achieve inclusive growth and quality to its huge population demographics.

In India educational institutions have existed since the emergence of civilization, the country known for its gurukuls, one of the finest concepts is lacking today, Indian universities are good, have all-round development, which is needed in any firm, company.

The vision of India’s new education system has accordingly been crafted to ensure that it touches the life of each and every citizen, consistent with their ability to contribute to many growing developmental imperatives of this country on the one hand, and towards creating a just and equitable society on the other to create a new system that is aligned with the aspirational goals of 21st-century education, while remaining consistent with India’s traditions and value systems. The idea that education must result in the ‘full development of the human personality’ continued to be reflected.

A sound understanding of education policy could be gained by dividing the historical analysis into two time periods, these being pre-independence and post-independence. Education Policy in Pre-Independent: India The education policy in the pre-independence era could further be classified into two time periods – Pre-British and the British period. Pre-British Period- While discussing education policy in Pre-British India, an attempt has been made to analyze educational policies from the beginning of the ancient period to the arrival of the British. Since the beginning of Indian civilization till contemporary times those in power have directed the course of education but it was only with the advent of modern times that a scientific approach began to be adopted in formulating educational policies.

A new chapter in education policy began with India becoming independent. A number of problems and challenges had surfaced in the country because of the sheer diverse character of Indian society. The Government established education commissions in order to address these challenges and recommend comprehensive policies for educational problems and also for the improvement of the education system in India.

The NEP 2020 comprehensive reconstruction has three main aspects; a) Internal transformation b) Qualitative improvement and c) Expansion of educational facilities However, the policy received considerable attention as it was the first of its kind to give a proper direction to the educational system in independent India. The ‘three-language formula’ was seen as a step towards national integration and was viewed as a facility provided for the improvement of education among the minorities. In spite of the criticism, this policy was still hailed as the first systematic effort to give shape to Indian education. It also called for building awareness of morals and ethics among students so that they can develop a good personality and become worthy citizens. The thrust was on encouraging national integration through education. The NEP on Education envisaged that the present Indian education system has to be transformed in the light of the contemporary needs of the Indian people. It has also been laid down that the education system must be flexible and responsive to all conditions. Further, the Indian education system must endeavor to reduce the gap between the educated classes and the masses, in order to overcome the feelings of superiority, inferiority, and alienation.

The Vedic education period followed the Gurukula system (Altekar, 1948). The education was completely under the control of the guru (teacher). The sishyas (disciples or students) lived in the ashrams of the gurus for years together, executed the instructions and orders of the guru, and acquired the various facets of knowledge and skills irrespective of their social status. The Vedic curriculum followed religious – spiritual and materialistic education. The various teaching methods adopted were: oral, thinking, and reflection.

The two epics – Mahabharata and Ramayana were part of education themes to explain the society, relationship, and dharma. The philosophy, literature, history, war, medicine, and arts were taught by a single guru. The excellence of training and education remained unquestionable as there was no institution to standardize and benchmark the quality of the knowledge acquired by students. The teachers were highly honored, considered as a spiritual guide and parent surrogate. The importance of education was to make the self-realization, improvement of all-round personality, cultural promotion, and societal duties. It imposed strict discipline and was more religious. Mass education, women’s education, and worldly life were neglected.

Our Nation will soon become the highest population of the young generation in the world. There are several committees, reports, acts in both pre- and post-independence India. It could be summarized that the various reports on education during the British period, despite the criticisms and drawbacks, are included while drafting the educational policies, plans, and frameworks after the independence to date. The present new higher education policy is also addressing similar issues at a large scale about vocational training of slow-learners, women education, inclusive growth of socio-economic, health concerns, and access difficulty of the north-east hill region. However, the entire nation must understand the need for accelerated quality expansion in the fast-growing globalization and knowledge economy and develop a multifaceted education system.

Therefore, it is essential that children and youth in the country are equipped with the knowledge, skills, attitudes, and values as well as employable skills that would enable them to contribute to India’s social, economic, and political transformation. Alignment with the global sustainable development goals – The direction of the global education development agenda is reflected in the sustainable development goal 4 (SDG4) of the 2030 Agenda for Sustainable Development. SDG4 seeks to “ensure inclusive and equitable quality education and promote lifelong learning opportunities for all” by 2030. This requires clear goals, the skills to translate these goals into sound curriculum and pedagogy, and the leadership of teachers, and school and educational administrators to focus on supporting the creation of meaningful learning opportunities. In a nutshell, educational opportunity requires an effective system to support learning, including supportive organizations, resources, and sound policies. Such a lofty goal will require the entire education system to be reconfigured to support learning. Else none of the goals of the SDGs can be achieved. Pedagogical innovations alone will not succeed.

One of the systems that are undergoing rapid change is education. In the current crisis, it is becoming increasingly clear that the purpose of education is not simply to gather the information that is already available. Education is about honing the skills of critical thinking and analysis. It is about lifelong learning, and about helping children become self-driven learners. One of the ways to achieve that goal is to foster a love of reading from the earliest years of a child’s life – indeed, even in the womb.

Research has shown that children fall in love with reading when they are exposed to an environment in which parents or other caregivers read aloud to them and engage in reading for fun. This allows them to associate reading with a feeling of security and happiness, which can stay with them throughout their lives.
When children fall in love with reading, they will seek opportunities for learning even when it is difficult; they will be intrinsically motivated to seek such opportunities because learning gives them a sense of satisfaction. This motivation to learn is the most important thing we, as educators, need to instill in our children, something they will need to cope with an uncertain world.

The circumstances we find ourselves in today offers an opportunity to change how we teach our children. The past weeks and months have shown us that changes in education we thought were impossible – such as digital learning – can actually be implemented relatively quickly. It will still require hard work to make these new approaches function sustainably, but this is not as impossible as skeptics have suggested.

Education is one of the many basic needs of survival in today’s world. The value, interpretation, and mode of education vary from place to place. One can say that education is an ever-evolving concept which is in turn for the betterment of humankind.

There is no doubt that India has a very rich history and culture of a great education system. We as Indians are very proud of it as well. However, there is still a lot of scope of improvement that we need to address immediately. Examining the education policy of many countries, we can conclude that many foreign education systems are better than Indian Education. It is easy to understand the difference when we compare Indian education to that of developed countries like Canada, Germany, Australia, etc.

Indian universities have a good ethical background. The traditions that are followed in the Hindu culture are inherited by universities and schools but some universities focused on students scoring high marks and are looting their money. They are making use of the students’ weaknesses to urge more money. Some are opening many study centers and doubling the fees than the normal exam fee which is one of the worst situations in the country, but foreign countries are strict in maintaining the infrastructure and discipline and are very strict in their exam patterns. However, their ethics are so poor that they cannot control the teenagers who study in their universities; students who want to do well do so and on the other hand some fall prey to bad influences.

“By 2030, India is set to have the largest working-age population in the world. Not only do they need literacy, but they also need both job and life skills. The important role of online learning could play in reforming India’s education system and expanding access to higher education. The policy encourages Indian institutions not only to develop their own online programs but also to recognize and award credit for online programs offered by foreign institutions. The policy proposes that some foreign institutions may be invited to operate in India — something the country has long resisted. Industries are no longer interested in vanilla degrees, as they want professionals with relevant skills and knowledge.”

“Crack NEET or get fee refund” : VMC ahead of online National Admission…