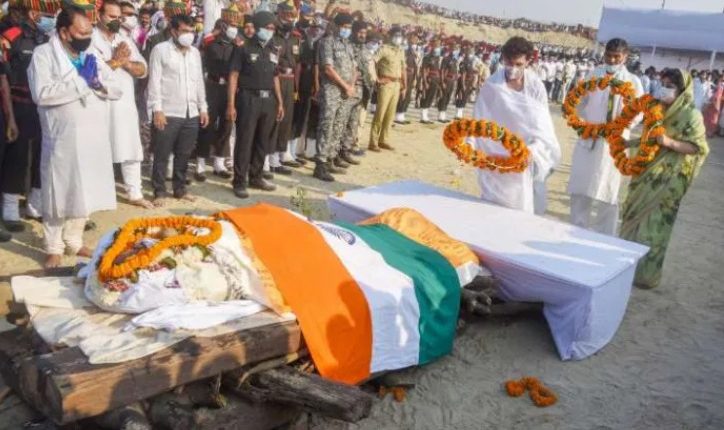 A large crowd, including several political leaders from all different political parties of the region, gathered outside the residence of Union Minister Ram Vilas Paswan on Saturday, to pay last respect to the departed leader.

The mortal remains of Lok Janshakti Party’s founder were flown from Delhi to Patna on Friday for the last rites.

From today morning, large number of party workers and commoners began pouring to pay their last tribute to the former union minister.

His mortal remains were later taken to Patna’s Digaghat where his last rites were performed by his elder son and party leader Chirag Paswan.

Bihar Chief Minister Nitish Kumar, BJP leader and minister RS Prasad, RJD leader Tejashwi Yadav and many other political leaders were present at the cremation site to pay their respects to the departed leader.

Paswan had passed away on Thursday after a long illness. He was 74.
Prime Minister Narendra Modi, BJP president JP Nadda, and several other leaders had paid their tributes to the late leader at his residence in the national capital.

Rahul corners Modi over VVIP aircraft, says soldiers being made to travel in non-bulletproof trucks