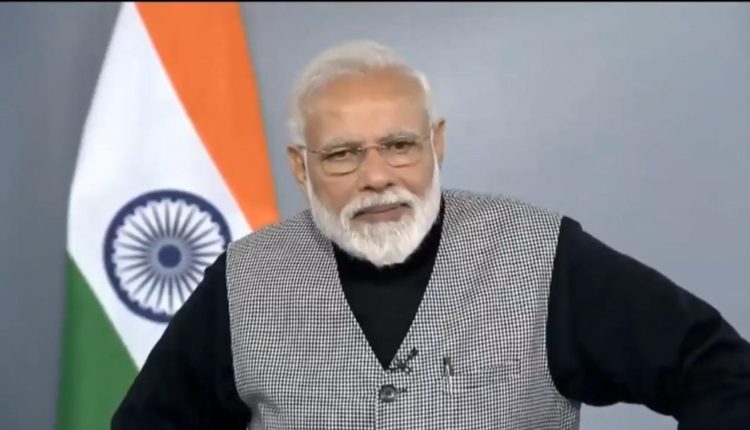 New Delhi: During interaction with students sitting at IIT-Kharagpur, Narendra Modi took pot shots at Rahul Gandhi. Modi was speaking to students from around the country on Saturday via video conferencing to hear their innovative ideas. While joining a group of students from Kharagpur, a student identified herself as Diksha Haryal from Uttarakhand.

Speaking about her idea, Diksha said, “I feel really blessed to get this opportunity to present my works in front of you…I am pursuing my B.Tech from University of Petroleum and Energy Studies. Basically, our idea is based on dyslexic people. Dyslexic children are those whose learning and writing pace is very slow. But they are very intelligent and creative, like we saw in Darsheel Safari’s character in Taare Zameen Par.”

Even before the student completed her talk, Modi intervened to crack a joke on dyslexia and said, “Will this scheme work for 40-50 years old children” before laughing at his own joke. Seeing Modi burst out in laughter, the room with students also joined and soon everyone was laughing at Modi’s joke on children suffering from dyslexia.

When the student answered in affirmative to his joke, he said, “Then the mothers of these children will be very happy.” He followed his comments with another round of laughter. Once again, the students were compelled to join him in his laughter.