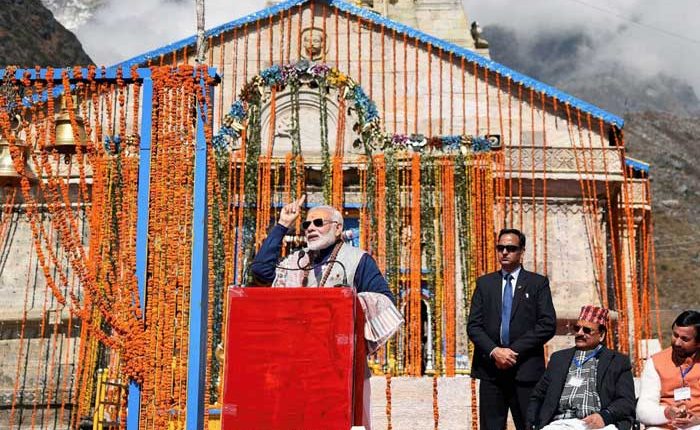 “The Samadhi has been reconstructed after the destruction in the 2013 floods. The entire reconstruction work has been undertaken under the guidance of the Prime Minister, who has constantly reviewed and monitored the progress of the project,” read the release.

“Prime Minister will review and inspect the executed and ongoing works along the Saraswati Aasthapath. Prime Minister will also address a public rally. He will inaugurate key infrastructure projects which have been completed, including Saraswati Retaining Wall Aasthapath and Ghats, Mandakini Retaining Wall Aasthapath, Tirth Purohit Houses and Garud Chatti bridge on river Mandakini,” it added.

The release further informed that the projects have been completed at a cost of over Rs 130 crore.