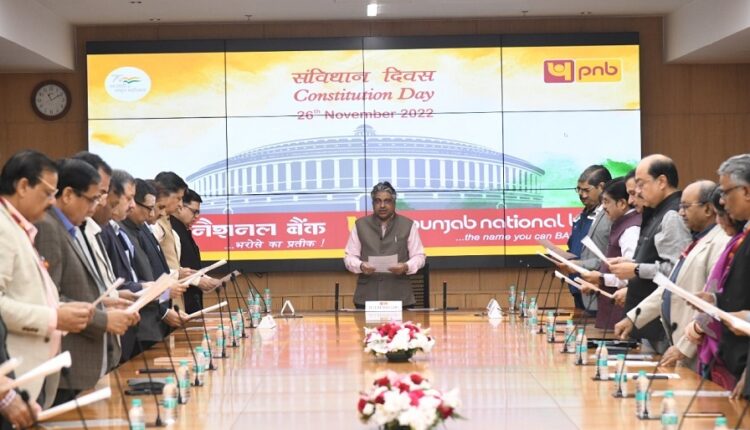 Speaking on the occasion, Punjab National Bank MD & CEO Shri Atul Kumar Goel said: “Democratic systems (Loktantra) in Bharat have been evolving over the centuries and all indicate that the ancient form of governance in India was democratic. Today, as we commemorate the ‘Samvidhan Diwas’ (Constitution Day), we pay tribute to the great leaders who drafted our Constitution and renew our commitment to carrying out their vision for our country. We are grateful to be born in a sovereign country that strives for national unity, justice, and equality.”

Constitution Day, also known as National Law Day, marks the day the Indian Constitution was adopted by the Constituent Assembly in 1949. It was in 2015 when the Government of India decided to establish November 26 as Constitution Day to advance “constitutional values among residents”. The day was declared in the year which marked the 125th birth anniversary of Dr Bhimrao Ambedkar, the Chairman of the Drafting Committee of the Constitution.

Holistic development of students will be key strength for any institution, opines Vineet Gupta, Founder of Ashoka University