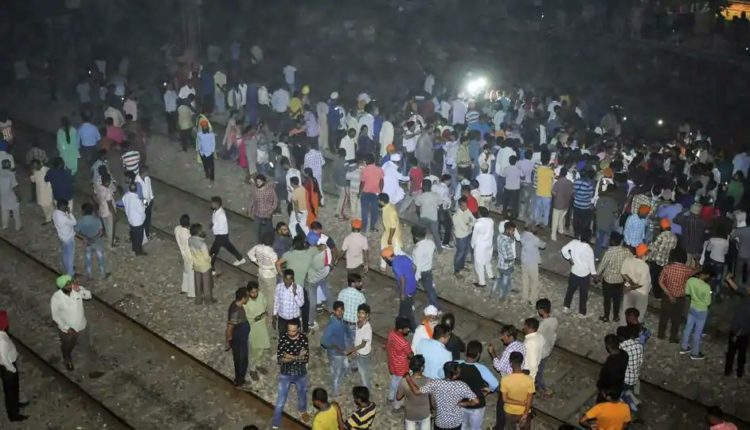 New Delhi: Many are feared dead in Amritsar in Northern India after a train mowed into them as they were gathered around the tracks watching the burning of Ravan effigy on the occasion of the Dussehra celebrations. Some media reports suggested that many could not hear the sound of the train approaching due to the fire crackers’ noise.

There were at least 300 spectators at the Dhobi Ghat ground barely 2 km from the Amritsar station. Many of them stood on the tracks close to the Jaura Phatak crossing to get a better view and were taking videos of the burning Ravan as the first of the trains ran them over. The gates at the crossing were closed at the time. It was only after the train had flashed past did the stunned survivors realise what had happened. Most of the casualties appeared to be of those killed by the first train, 74643 Jalandhar-Amritsar DMU, said a senior Railway official.

The state government also announced Rs 5 lakh compensation to the families of the dead, while the Centre announced an addition Rs 2 lakh for grieving families.

Punjab chief minister Amarinder Singh said he was rushing to the spot to personally supervise rescue and relief operations. "District authorities have been mobilised on war footing," Singh tweeted.

Prime Minister Narendra Modi said he was extremely saddened by the mishap. “The tragedy is heart-wrenching,” he tweeted. “My deepest condolences to the families of those who lost their loved ones and I pray that the injured recover quickly. Have asked officials to provide immediate assistance that is required.”