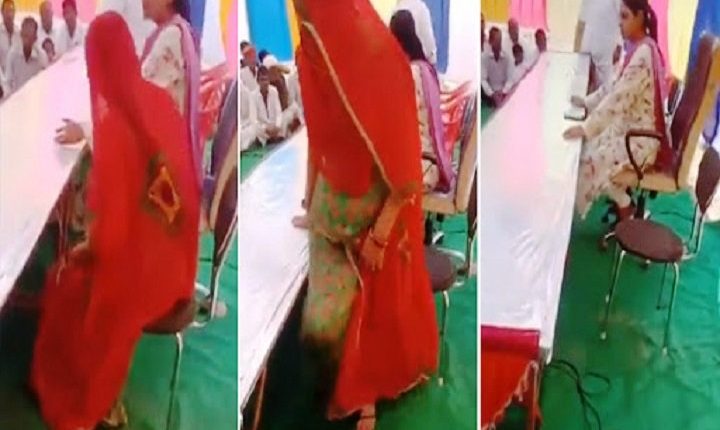 Rajasthan Congress MLA Divya Maderna, who was elected from Osian in the state Assembly, triggered a row after a video went viral, Where she was asking the Khetasar village head in Osian area of Jodhpur district on Saturday to sit among the people on the ground.

Giving a strong reaction, The Rajasthan Sarpanch Sangh has demanded an apology from Congress MLA Divya Maderna for misbehaving with a woman sarpanch at an event in Jodhpur.

After getting trolled on social media, MLA Divya Maderna in defense said, “I did not know that Chandu Devi is the Sarpanch of Khetasar village. The woman who was going to sit on the chair had a long veil, so I could not recognize her. They did not even introduce themselves to me. I felt that she was like other villagers who are with some complaints.”

#PM Modi targeted Congress via his blog : Says if have to face Congress, all of them will be Shunted Out !